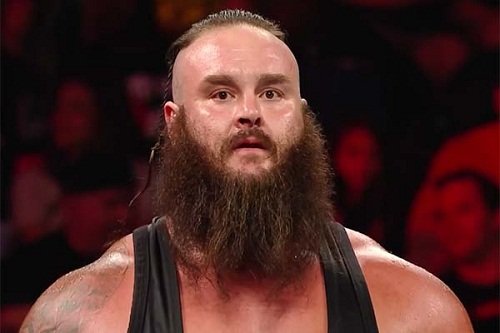 Braun Strowman injured, as are Emma and Ember Moon. Nude pictures leaked of WWE female stars past and present.
END_OF_DOCUMENT_TOKEN_TO_BE_REPLACED

Full results and all the relevant news from the last week. END_OF_DOCUMENT_TOKEN_TO_BE_REPLACED 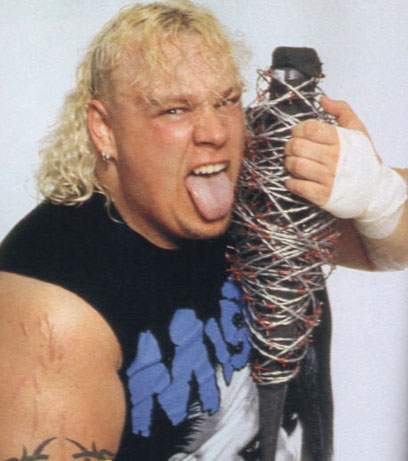 Yesterday ECW original Axl Rotten was found dead in a McDonalds near a hotel he was staying at, aged only 44.

Born Brian Knighton, the name Axl Rotten was a combination of names from Knighton’s own musical taste – singers Axl Rose and Johnny Rotten. Debuting at just aged 17, Rotten was mainly known for his long feud against storyline brother Ian Rotten after the break up of their tag team Bad Breed. The feud helped but ECW on the map as the two battled in gruesome gimmick matches throughout the first half of 1995 culminating in a Taipei Deathmatch where both men wrestled with taped fists dipped in glue then broken glass; a gimmick taken from the Jean Claude Van Damme movie Kickboxer.

Rotten would go on to form the tag team The Hardcore Chair Swingin’ Freaks with Balls Mahoney in 1997 and would have memorable matches against the Dudley Boyz until he left the company in 1999. Rotten would then wrestle on the independent scene until the various ‘reunion’ events in 2005 where he’d appear for both Francine and WWE’s shows.

After years of drug addiction and suffering with Bell’s Palsy, in 2005 Rotten was told that he needed urgent spinal surgery but opted to carry on wrestling. In 2014 his L3, L4 and L5 discs spine in his collapsed leading to Rotten losing the use of his legs and being confined to a wheelchair. Chris Jericho initially brought Axl Rotten’s health issues to light in order to help finance the surgery and a documentary was also filmed in which Rotten discussed his health, his career and his recovery. The documentary is free to view on YouTube but contains strong language and blood.

The book is available now on Amazon. Sytch will also be sentenced on March 28th for DUI charges and will be serving some jail time.
_____

CM Punk is in the news again as he cut short an interview for Complex with freelance interviewer Kevin Wong after being unhappy with the line of questioning implying that he didn’t know that MMA isn’t fixed. The interview is actually a very well written piece and worth reading but is a good indicator of how much pressure Punk is under during his transition and the lines of questioning he’s normally subjected to. As with all things related to CM Punk outside the ring, expect strong language.