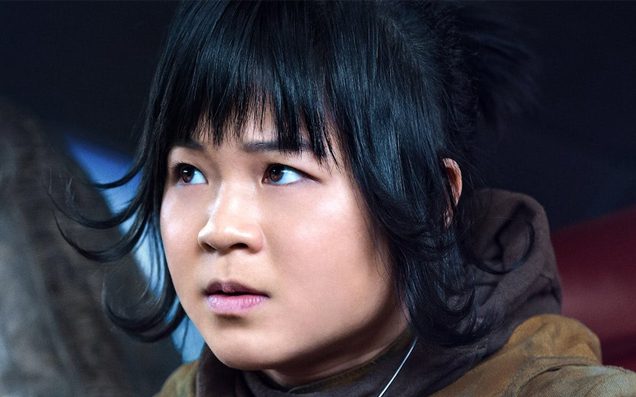 It’s fair to say that Kelly Marie Tran’s character Rose Tico was one of several awful things in Star Wars: The Last Jedi as we were quite open about at the time of the movie’s release. What’s possibly worse than the current dross Lucasfilm is churning out is some Star Wars fans who took to relentlessly bullying the actress over her role in the movie.

Unfortunately she isn’t the first person to discover how unpleasant some of the fans of Star Wars can be – for years Ian McDiarmid (Emperor/Chancellor Palpatine) refused to sign Star Wars merchandise for fans due to how demanding they could be, Jake Lloyd (Anakin Skywalker in The Phantom Menace) was hounded by fans who hated his character even though he was only ten years old and Daisy Ridley (Rey) ended up temporarily leaving Instagram after enduring criticism following The Force Awakens with the tipping point being people feeling she shouldn’t have a negative opinion of guns because she uses them in movies. Yes, people can be that stupid.

Kelly Marie Tran was hailed as being the first woman of colour to play a lead role in a Star Wars movie and while her character seemed to be welcomed by feminists who sought change in the movie series, Rose Tico was hated by virtually everyone else as the she was seemingly being an expert at everything and sermonised with trite lines that made little sense – “This is how we are going to win. Not by killing those we hate but by saving those we love.” which was such a tremendous tactical plan that it strangely wasn’t employed against either Death Star. While Rose Tico was dire, Tran played the role well which is all an actor can do.

Sadly Tran has become the focal point for the hate regarding perceived “SJW”  writing in the new Star Wars movies which you’d think would be blamed on the writers, not the person paid to deliver the lines. That’s kinda like blaming Mark Hamill for Luke Skywalker’s boob drinking…