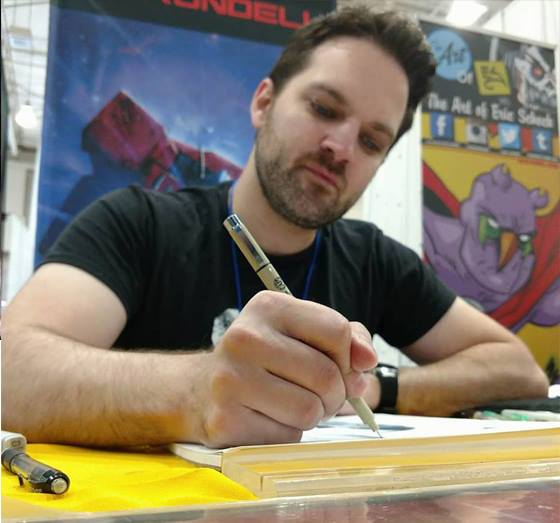 Livio Ramondelli is possibly best known for his artwork on the various Transformers comic series published by IDW, but he’s gained a lot more exposure in the last day or so thanks to an innocuous tweet he made about Star Wars. Ramondelli regularly posts and tweets about geek related goings on from his social media accounts; nice guy that he is, they are always observations or titbits of information rather than sermonising like a lot of people with large followings do so it wasn’t unusual for him to tweet about Star Wars as he did on Monday.

As far as I’ve seen, these are the first specifics George Lucas has shared about what his vision of Episodes 7-9 would have been. This comes from @insighteditions awesome companion book to “James Cameron’s Story of Science Fiction series” on AMC: pic.twitter.com/Wtlw8zlrqv

While this was news to us here at Gear4Geeks, it seems like a lot of hardcore Star Wars fans were unaware of this too and soon numerous fan sites started to pick up the story. Then the bigger geek sites got involved like Nerdist before it hit the mainstream with Uproxx, AVClub, Esquire and Forbes posting the story too. Since then Insight Editions have added a preview video of the series which contains a James Cameron interview of George Lucas.

Needless to say, fans haven’t been enthused with how the trilogy would have gone under Lucas so maybe they can now enjoy The Force Awakens and The Last Jedi a bit more.

If you aren’t following Livio Ramondelli on Twitter or Instagram already then you really should for his stunning artwork alone which you can also see on his website. Livio also contributed to the Gear4Geeks 2017 Year End Awards article.