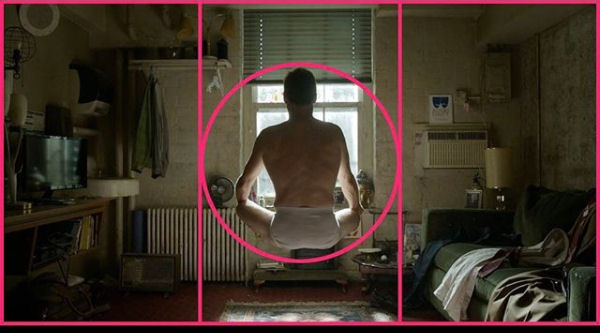 You love movies, you know your stuff but there are some hidden gems out there on Instagram so here’s 5 Instagrams for movie lovers.

Okay, you’re a movie buff. You know that that train-top fight scene in Skyfall was like, so totally real, and that Morgan Freeman didn’t land his first big role till the grand-slamming age of 52. You ace the cinema round at pub quizzes and pepper the breaks at said pub quizzes with even more cinema trivia.  If all this is speaking to you in a dream-like sequence the likes of Kubrick conjured up then
get a load of these Instagram accounts which devote themselves to the world of cinema.

We all know that a good film involves so much more than its stand-alone plot. This Instagram posts stills from films which highlight carefully-crafted compositions.

Each still features hot pink, geometric lines which outline the compositions. A picture-based thesis explaining exactly why these scenes are so aesthetically pleasing.

Directors like Wes Anderson are renowned for the selection of colours they use throughout the film. Colours can alter the entire mood underpinning certain scenes.

Color Palette Cinema posts stills from a variety of different films, picking out the key colours which were used to paint the scenes.

When the film credits started rolling on VCR I used to love fast-forwarding to all the the behind-the-scene action. Like hidden Easter eggs.

Cinema Magic’s posts feature rare behind-the-scenes photos, from artsy Polaroids taken on the set of Blade Runner (1982), to pictures of Lord Voldemort and Dumbledore having a chinwag whilst waiting for their next scene.

Fan art, movie posters and photos of actors and directors taken outside of the film set also make their debut on here.

This Instagram is sort of like a before-and-after of film scenes, inviting us into that beautiful moment when an idea becomes reality.

The posts feature short clips from films which fill the top half of the Instagram frame, with the lower half being filled with the official script written for that scene.

There’s no denying that CGI in modern cinema can make a film look incredible and, most importantly, believable. But of course, we can appreciate there was a time before the use of CGI. A lot more work had to go into the arts department to convince an audience that yes, that spaceship crew really is exploring an alien planet.

Anti-CGI does what it says on the tin and accredits films which didn’t use any CGI. Although the non-computerised special effects shown in the stills are not all believable, you can still appreciate the effort which went into them and succumb yourself to nostalgia. Whilst also stifling a laugh or two…