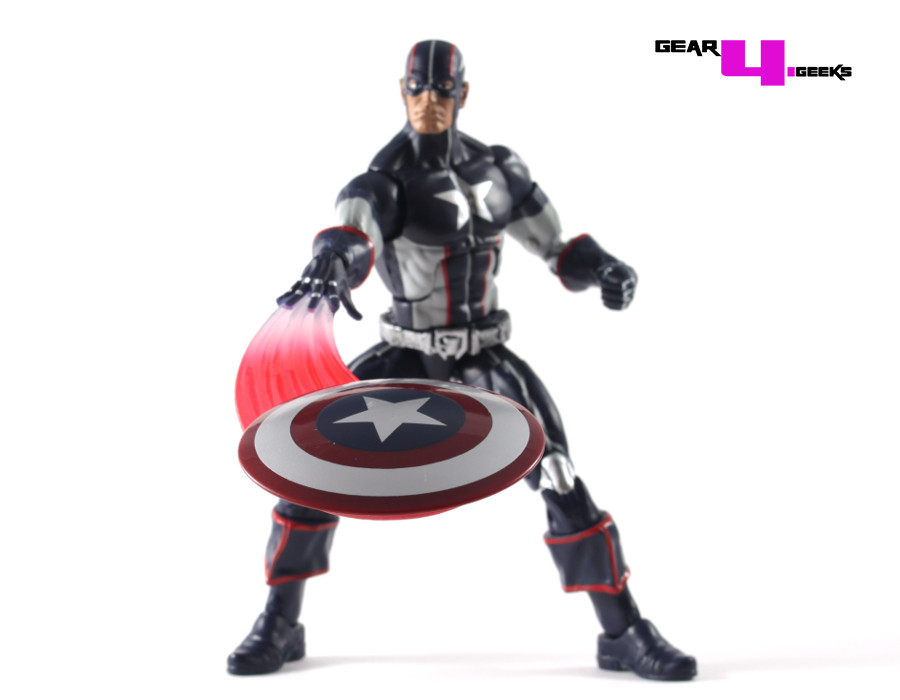 Remember Secret Wars? That huge event where Marvel’s greatest heroes and villains were transported to a world to do battle with each other which resulted in The Thing leaving the Fantastic Four and Spider-Man gaining his black suit which would later become Venom? Well Secret War was an inverted version of that; while Secret Wars was huge, important and must read, Secret War was small, forgettable and incredibly miss-able. The premise was interesting, writer Brian Bendis created a series based on covert ops that the US undertook against foreign nations, covert ops that had apparently been told to him as a child by an un-named high ranking officer.  The series launched in April 2004, was 5 issues long and set to be published every other month until it finished in December. The series ran incredibly behind and it did indeed finish in December, but in December 2005, creating continuity problems all over the place.

The only thing really of note from the series is that the team of super heroes got new stealthy costumes for no apparent reason. If they all dressed up as different characters like the Thunderbolts then that’d make sense because no one would know it was Wolverine, Cap and the gang, but no, we just got slightly altered costumes for some characters. In 2015 Marvel released a new Secret Wars series which featured characters from alternate realities and this costume appeared on a female Captain America which was great for Hasbro as they got to release this Secret War Captain America.

The first Captain America in the 2016 Marvel Legends range was a repaint of the Thanos wave figure, which in turn was a slightly retooled version from the Mandroid wave, so this Secret War Captain America was actually pretty welcome as it was an entirely new figure. The shield throwing effect gimmick is actually pretty cool which was a nice surprise as gimmicks can often fail badly.

This is a very well engineered figure and while the costume is a bit love-it-or-hate-it, the figure itself is really nice and the regular costume repaint that came later on in the form of the Vintage Captain America is perfect.

Seeing as there isn’t a decent USAgent figure, this could be a substitute as it’s highly unlikely that character will see any love any time soon or if you just like Captain America variants then this is definitely worth picking up as you can get it for nearly half its recommended retail price at Amazon or if you prefer the regular red white and light blue then that figure is still available at Forbidden Planet or Amazon for RRP.

It’s unusual to crave a repaint but this figure in the comic colours but not quite as bright as the Vintage version could be the perfect Cap, but for now the Secret War Captain America is a great addition to the collection. Plus it comes with an arm for The Abomination figure which is really really sweet and amongst the best of the Build-A-Figures that Marvel have released.

The links to Amazon and Forbidden Planet in this article are affiliate links meaning Gear4Geeks will receive a small percentage of any purchase you make on either site directly after clicking the link. This does not cost you extra but is a great way for us to earn some pennies towards our hosting costs without adding intrusive adverts to the blog.