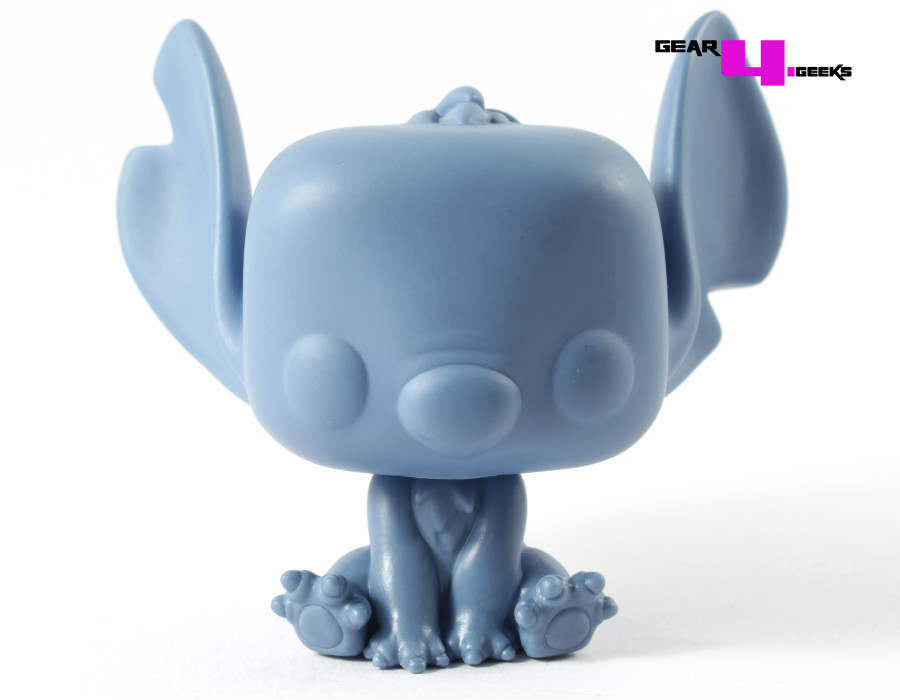 Gear4Geeks and Starscream’s Toast are no strangers to preproduction items but here’s a first for us – a Funko Pop vinyl prototype, specifically a Stitch Funko Pop prototype!

Of all the prototypes and test shots that end up on the secondary market, Funko Pops are amongst the scarcest so it was unusual for me to get my hands on not one, but two at the same time. The other one will be coming soon but for now here’s a look at the Stitch Funko Pop prototype.

As you can see it has no paint applications at all and the figure is a plain light blue all over. Technically speaking, it’s a test shot rather than a prototype but the term test shot isn’t as widely recognised and understood outside hardcore collectors. The original sitting Sitch Funko Pop was released in 2015 as a regular and flocked version.

Without either of these, or the Diamond Hot Topic exclusive version which was released in 2017, it’s hard to tell which version the test shot is of.  As I got the two test shots last year I had presumed that it was of the Diamond version and as the other test shot is of a 2016 Funko Pop that doesn’t help narrow it down really.

Either way it’s a pretty cool item to be able to look at, there’s something about unpainted test shots which I really like, especially if they are in clay grey.

Don’t hate me for saying this, but I’ve never seen the Lilo & Stitch movie! It came out in 2002 and wasn’t something that appealed to me, and with no younger siblings or children then I didn’t have it forced on me so had to look up which was which for this article! (I’ve never seen The Lion King either, don’t hate me!)

It has to be said that Stich in this form is a lot more adorable than when his big old teeth are exposed!

You can buy Funko Pop! Vinyls in our store and starting next week we’ll be stocking a lot bigger selection of them!