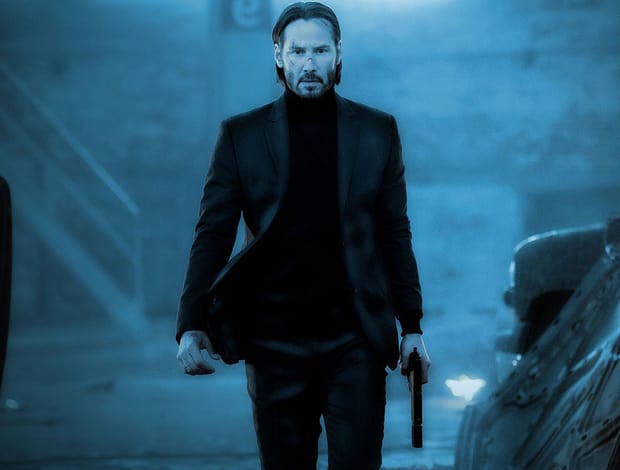 There’s been a lot of movies that have been recreations of true stories but here are 5 movies you probably didn’t know were based on true stories.

Movies based on true stories usually fall into two categories – straight up adaptations like Schindler’s List and films that are barely connected to real events like The Texas Chainsaw Massacre but here are 5 movies that you may not have known were based on true stories.

Jaws was based on a real series of shark attacks that occurred along the Jersey Shore in 1916 between July 1st and July 12th catapulting the area to infamy. On July 1st Epting Vansant was attacked in the sea by a shark that stripped his left thigh down to the bone, causing him to bleed to death despite being rescued by a life guard and a passer-by in an incident made more horrific by the claims that the shark followed the men back to the shore. The beaches remained open as the summer heatwave had caused record numbers of people to flock to the coast and on July 8th Charles Bruder was bitten in half by a shark while he paddled a canoe. Like Vansant, he was rescued but bled to death before reaching the beach and his mutilated remains caused a panic amongst beach goers. On July 12th at 2pm, eleven year old  Lester Stilwell was pulled under the water in the Matawan Creek after he and his friends had seen the dorsal fin of a shark; a claim that locals disbelieved as they rushed to his aid believing that the boy was suffering a seizure (Stillwell was epileptic). Watson Fisher went into the creek to retrieve Stillwell’s body but was attacked by the shark, which seriously damaged Fisher’s right thigh, causing his death three hours later in hospital from blood loss. 30 minutes after the attack on Fisher, 14 year old Joseph Dunn was attacked by a shark which clamped down on his left leg, resulting in a frantic rescue attempt by Dunn’s brother and a friend. Dunn was hospitalised for two months but survived the ordeal.  Two days later on July 14th, a 7 foot Great White was killed and caught by Michael Schleisser after it attacked his boat and nearly sunk it. Human remains were found in the stomach of the shark, which was only a youth, leading it to be declared as “the Jersey Man-Eater” although some scientists were unconvinced, believing that the attacks were carried out by more than one shark, one of which would have been a Bull Shark judging by the bite on Dunn’s leg.

During the real life events, only one beach remained open along the Jersey Shore but much like Amityville in the movie, armed gunmen patrolled the waters and a huge net was put into the water to protect swimmers from anything that may be lurking in the deeper water. Tourism declined by 75% leading to local businesses losing a quarter of a million dollars; approximately $5.6 million by current standards. Ironically, after Jaws was released, Martha’s Vineyard, which acted as the shooting location for the movie saw its tourism triple.

The 2001 Owen Wilson film Behind Enemy Lines was loosely based on the 1995 Mrkonjić Grad incident where US pilot Captain ‘Zulu’ Scott O’Grady was shot down by a Bosnian surface to air missile over enemy territory.  With enemy forces all around him, O’Grady couldn’t radio for help and for six days could only make short communication bursts which were picked up by NATO planes in the region while he lived off berries and grass, evading enemy patrols. When O’Grady was finally able to give his location the US didn’t mess around when it came to extracting him, scrambling 51 Marines in two Sea Stallion helicopters accompanied by two Supercobra gunships, two Harrier jump jets with support from an additional two Supercobras, two Harriers, two Prowler jets, two EF-111 Ravens, two F-18 Hornets, two A-10 Thunderbolts and a NATO AWACS.

Arriving at O’Grady’s position, the two Sea Stallions were on the ground for only seven minutes in a perfect extraction. Despite taking fire on the route out, 45 minutes later O’Grady was back aboard the USS Kearsarge.  Captain O’Grady wasn’t impressed with Behind the Enemy Lines and sued 20th Century Fox as he felt the movie implied that he disobeyed orders and swore, something he would never do.

While it’s easy to presume that the movie about Robert DeNiro’s Neil McCauley is a work of fiction, it is an updated version of factual events and is rather faithful to what happened. The real life Neil McCauley was a career criminal who had been imprisoned in Alcatraz for seven years following a robbery but while he had been a model prisoner, he was already planning more robberies as soon as he got his release in 1962.  Along with Michael Parille and William Pinkerton, he broke into a manufacturing company to steal diamond tipped drill bits as depicted in the movie, along with several other burgalries. Detective Chuck Adamson of the Chicago Police Department realised that McCauley was active again, leading to the two men having a discussion over coffee which is faithfully recreated, almost word for word, in the film. The next day, McCauley’s gang followed an armoured car as it delivered money to a grocery store then entered the building, stealing $10,000 in cash while unaware that Detective Adamson’s men had sealed off the surrounding streets. When they realised there was no escape, McCauley, Parille, Russell Breaden, and Miklos Polesti (the inspiration for Val Kilmer’s Chris Shiherlis) exited the getaway car guns blazing but Breaden and Parille were killed while McCauley and Polesti managed to break through the police blockade. While Polesti was successful in escaping, McCauley wasn’t as lucky and was gunned down outside a nearby house. Polesti was apprehended the next day and jailed while Adamson would go on to become a successful Hollywood screenwriter, writing episodes of Miami Vice and working as a technical adviser on both Heat and Beverly Hills Cop.

Heat unfortunately inspired  Larry Phillips, Jr. and Emil Mătăsăreanu in their robberies of banks and armoured cars until they were stopped by police leading to a shootout that echoed Heat’s finale – Phillips and Mătăsăreanu, wearing heavy body armour, were eventually killed but only after they had wounded eleven police officers and seven civilians in a gun battle lasting 44 minutes.

When Rod Ansell went on a solo fishing trip in May 1977 he couldn’t have imagined that he’d find himself in grave danger and also become the inspiration for one of the biggest movies of all time. After his boat capsized, Ansell was left with a minimum of equipment to survive in the Australian Outback (a rifle, a knife and some bedding), having to resort to hunting buffalo and drinking their blood as there was no water to be found while sleeping in a tree at night to avoid crocodiles.  However, he didn’t manage to avoid all the crocs and ended up killing a 16ft one who’s head he kept as a souvenir. After 56 days in the wild, Rod Ansell was rescued by two Aborigines and became a press sensation although his tale was exaggerated in parts as he claimed that his boat was sunk by a whale. Locals also were suspicious of his tale as they felt he could have followed the river downstream to find settlements (a common survival technique) and his story gained more scrutiny after it transpired that he had been poaching crocodiles. In a 1981 interview with Michael Parkinson conducted in Sydney, Ansell expressed his confusion with his hotel accommodation stating that he had slept on the floor instead of the bed and that he couldn’t work out what the bidet was for. While Paul Hogan denied that Rod Ansell was the inspiration for Mick ‘Crocodile’ Dundee, it was clear that wasn’t the case, with Hogan’s production company eventually admitting the truth. Ansell was unsuccessful in his attempt to sue for royalties, becoming bitter about Hogan’s massive wealth made from his  likeness, eventually spiralling into drug use which would result in him being killed in a shootout with police.

Ever heard of Marcus Luttrell? He was a US Navy SEAL deployed in Afghanistan who was the only survivor of a four man team after they were attacked by Taliban insurgents. Luttrell suffered a broken back, shrapnel injuries and numerous fractures, returning to the US base with the help of local villagers. After healing up he went back into action but ended up with another spinal injury which lead to his discharge from the Navy. Upon returning home he wrote the book Lone Survivor about his experience, which became a movie starring Mark Wahlberg. This part of his life is well known thanks to the movie but what people aren’t generally aware of is an incident four years after the one in Afghanistan.

At 1 AM on April 1st 2009 Luttrell was woken at home by a gunshot. Looking out of his window he saw three men running to a car leaving Luttrell’s Labrador behind who they had fatally shot, a dog that he had been given to help him heal from Afghanistan. Picking up two 9mm Beretta pistols he gave chase and pursued the men across four counties until they were apprehended by police. Despite threats to kill him, Luttrell didn’t open fire on the men, stating that “I was trying to talk myself out of being who I am, talking to myself about not doing the one thing I am good at.”