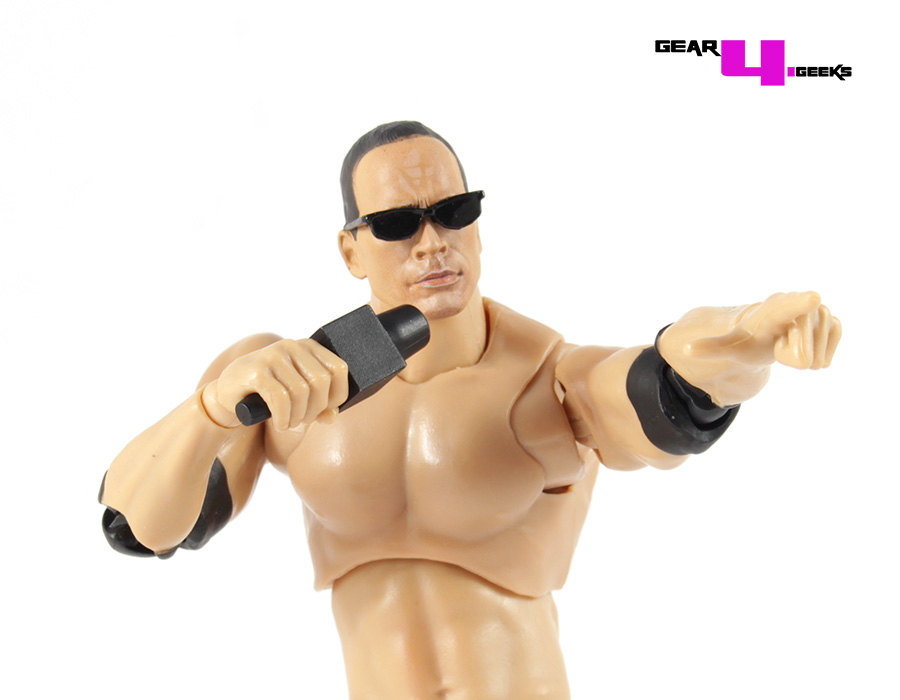 Do you smell what SH Figuarts The Rock action figure is cooking? We sure do with this review of the WWF Attitude era Dwayne Johnson

“IF YOU SMEEEEEEELLLLLL *dun dun dun dah* WHAT THE ROCK *duh duh* IS COOKING *Baw wah wah wah bah waaah wah wah wahwahwah wah wahhhh* was a familiar sound during the WWF’s Attitude era as it heralded the arrival of one of the biggest stars – The Rock. The SH Figuarts line of WWE wrestling figures are all based around the Attitude era and so we’re treated to a pre-massive tattoo and baldness likeness of Dwayne Johnson as The Rock.

The first thing of note is that the box is absolutely beautiful and once we slide the figure out, it too is an incredible piece of work as you feel like you have a tiny six inch version of The Rock in hand. The likeness here is extraordinary as is the physique, which is usually something wrestling figures get wrong.

The figure is incredibly articulated too so The Rock can perform his signature moves like The Rock Bottom, The People’s Elbow, the floatover DDT and others. As you can see from the front and back shots above the figure has jointed ankles, knees, hips, waist, wrists, elbows, shoulders, neck and an ab crunch.

The SH Figuarts The Rock figure comes with multiple hands and heads which means that you can pose The Rock in most of his memorable looks like his raised eyebrow AKA The People’s Eyebrow, wearing his sunglasses, a neutral face or an angry face. A microphone is included too which is a great touch as it was The Rock’s promos which turned him into arguably the biggest star in wrestling history.

It’s somewhat surprising that SH Figuarts haven’t followed this up with a tracksuit wearing version with the same accessories even if only as a convention or website exclusive version.

The face sculpting on the angry face (below) is the only negative part of this figure as everything else is a firm win and whoever designed this figure has put a lot into it, giving the impression that they must be a wrestling fan.

While the figure and it’s £59.99 price point mean it’s definitely not aimed at children, SH Figuarts The Rock figure is both a collector and a kid’s dream wrestling figure. If you’re happy to pose your figures with a stand then the possibilities are endless if you couple this figure with the Stone Cold Steve Austin or Hunter Hearst Helmsley figures or the upcoming Undertaker and Kane ones.

Don’t forget to check out the wrestling merch in the Gear4Geeks shop!