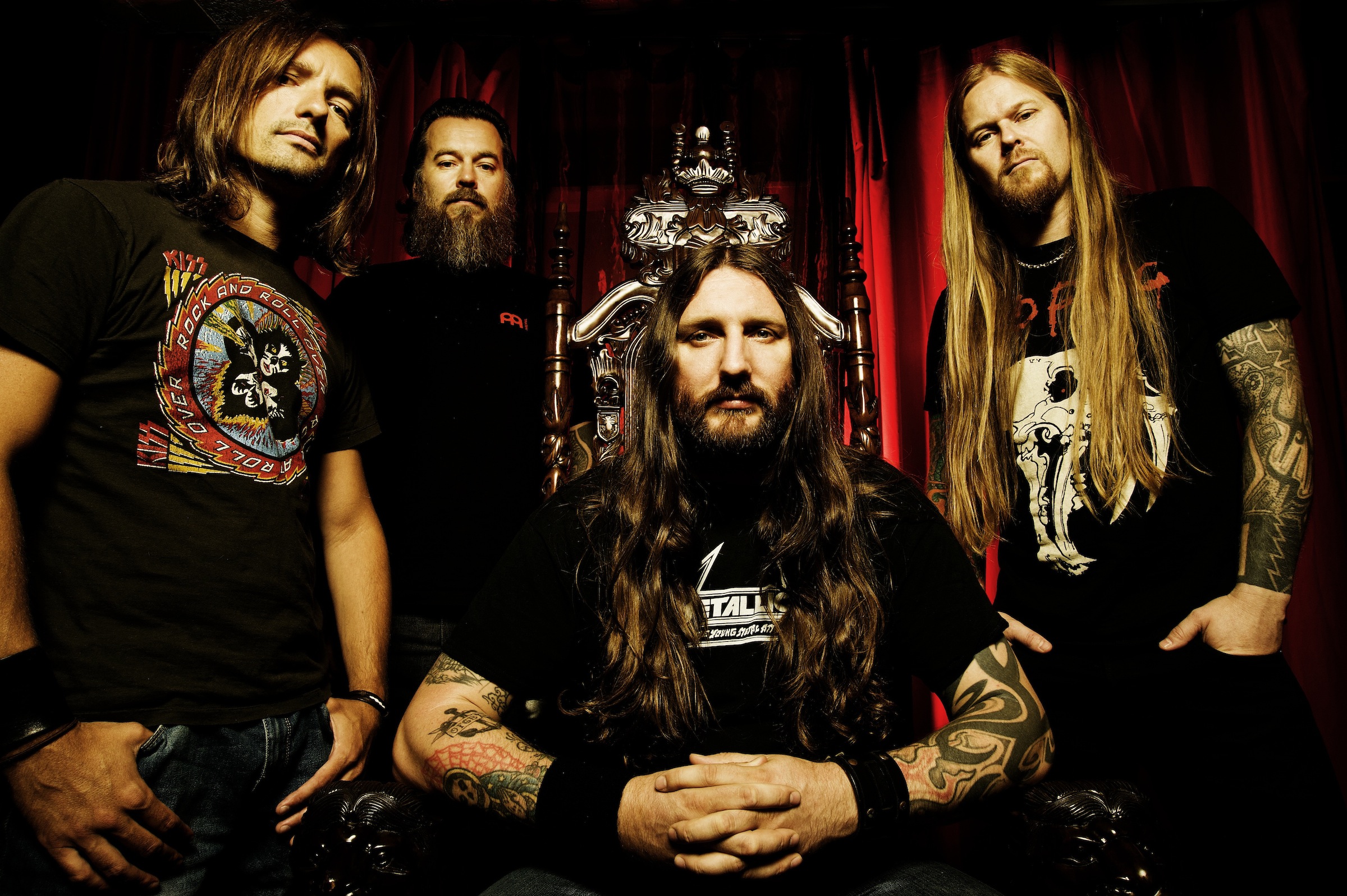 Gear4Geeks exclusively talks to Chris Turner of Orange Goblin about their 22 year career, the future of music, candles and bunnies.

2017 is a very busy year for Orange Goblin, with festival dates in the UK, Switzerland, Germany, Netherlands, Greece, Bulgaria and Portugal. Do you have plans to try and fit in US dates or other countries?
Not really, we all have day jobs these days and fit gigs in as and when we can. This year’s spare time is pretty much booked up now so it’s unlikely there will be many more gigs booked in. There are currently no plans to return to the US ever at the moment.

You’re playing the Golden Gods awards and are nominated for Best UK Band.
Yes we are, ace aint it! We’re opening the award ceremony which will be fun and as for the nomination? I think they feel sorry for us for still doing this…

Your show in Bulgaria will be the first time you’ve ever played there, are there other countries you haven’t played that you’d like to?
The first time in any country is a good one but I think we’d love to visit South America and Russia someday. And Iceland actually, I really want to go there…

You’ve been in Fabric and Dukes of Nothing with Turbonegro frontman Tony Sylvester, will we ever see a Turbonegro and Orange Goblin tour, possibly with a crossover jam session during set changeover?
It’s highly unlikely there will ever be a tour together and certainly never a crossover set. I just don’t think we’re ‘cool’ enough, we’re just not that dandy.

You toured the US with Down, what were your experiences around their frontman Phil Alsemno?
My personal experiences with Phil are all good ones. He was nothing but an absolute gent when we toured with him, looked after us well and was very accommodating and friendly. I know he got himself in hot water with racist comments at a later date and has a bit of a history which is a let down and a shame as there were no instances of any such incidents or behaviour in our time with him.

What’s your favourite memory from your musical career so far?
There’s too many to mention really, meeting your heroes and icons is great, travelling to other countries is great, getting paid to essentially dick around is hilarious but it’s all worthwhile for the great reactions from fans you get all round the world.

With the music industry changing dramatically due to Spotify and Deezer, what do you think the future holds for musicians?
I think the future in music comes back to live performances although it’s nice to see the resurgence in non-digital (vinyl) music sales. It seems to me that more so these days recorded music is used more as promo for tours etc. As soon as you record something someone puts a stream of it somewhere so no-one has to buy it, why would they when they can get it for free. Recording a record costs relatively little, it’s difficult to reproduce the live experience (& merch) on video etc. That’s why you see big bands (Radiohead etc.) giving away CD’s with national newspapers – doesn’t cost them much to do and is great promo for the tour.

Orange Goblin raised a lot of money for Team Rock when the publishing company collapsed, what happened?
Basically, the week before Christmas all their employees got laid off without pay (literally turfed out the offices). Ben and his girlfriend Sandie set up a go fund me to help the employees out directly over Christmas which ended up raising around £80k – after all it’s because of publications like theirs that little bands like we were get coverage, support and exposure that help to make things bigger and better so It’s like giving a little back to them. We did a benefit gig as well at the Black Heart in Camden which was a bit of a crack as well.

Orange Goblin have now been going for 22 years, what do you think the key to your longevity is?
Having fun, we wouldn’t do it if we didn’t enjoy it. I think really it boils down to the fact we’re good mates with the same puerile sense of humour. Some blokes like to hook up with their mates at the weekend and go and watch the footy, we like to get paid to go and have a few drinks and make spectacles of ourselves in front of a crown in a field somewhere in Europe.

You recently had the opportunity to try the Laney LA100BL amp, it must have been pretty special for you being able to try out a replica of Tony Iommi’s amp especially considering that there are only 50 in the world.
Yeah, I managed to get hold of one for BIMM Brighton (the music college I work at), seeing as there’s only 6 in the UK I’m pretty chuffed to say the least. I wouldn’t even call it a ‘replica’ – they’ve gone back to the original plans, used original components and hand built carbon copies of the original ’69 LA100BL that Iommi used. It’s like getting hold of one of the same production run. Luckily we’ve got to put it through its paces properly – best rich, natural overdrive you’ve ever heard.

In addition to Orange Goblin and testing rare amps you also have your own company Corpo Sancto tell us a bit about it.
Basically, it’s a little thing I do with my wife. We make classy, scented and unscented candles using natural 100% rapeseed wax processed from non-GM plants cultivated in the EU. We also make nifty lamps, candleholders and shades made from reclaimed and recycled materials.

With Corpo Sancto being environmentally friendly as all products come from renewable sources and the charity work Orange Goblin have done, is it safe to say that you’re one of the nicest bands in the world?
I think we’re pretty decent blokes really – ask anyone who’s met us! We’ll only treat you like an arsehole if you deserve it.

If there was ever an Orange Goblin movie, who would play the band?
I think it would have to be animated – no one would want to take on the roles.

Do you have a guilty pleasure?
We’ve got 2 pet rabbits (Smokey and The Bandit). I like my floofs.

What’s the best advice you’ve ever received?
‘It’s great to act with your heart as your guide but make sure your ass is well covered first’

Finally, tell us a fact that most fans won’t know about you.
My dad was a production engineer who designed the initial lockable petrol cap for the Delorean car used in Back to the Future.

You can catch Orange Goblin live on June 3rd at Camden Rocks festival or June 11th at Download, for more dates see their website. Corpo Sancto‘s impressive range of goods can be bought from their website https://corpo-sancto.com/