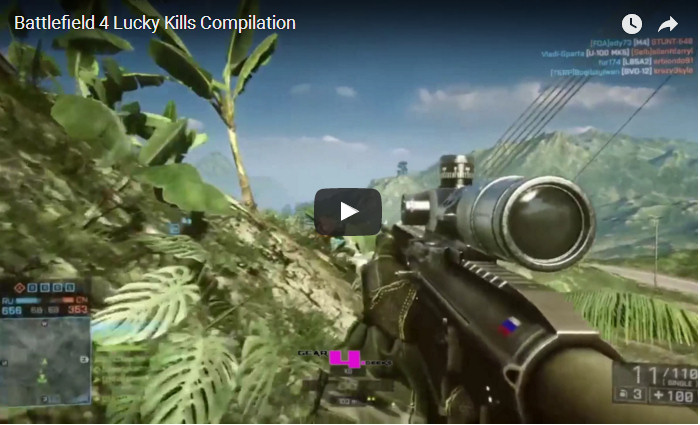 Pwning and getting pwned on Battlefield 4.

We here at Gear4Geeks are still big fans of Battlefield 4 as Battlefield 1 hasn’t really grabbed us. In this short video we’ve compiled some lucky kills that we’ve had and some that others have had on us. Thanks as always go to Zulu Squad for their participation.

Buy Battlefield 4 on Playstation 4 or Xbox360 or XBox One from Amazon.

Buy Battlefield 1 on Playstation 4 or Xbox One from Amazon

Battlefield 4 was released in October 2013 to a rocky start as the game suffered numerous server issues which took months to resolve. A year later it was one of the Playstation 4’s top games thanks to its now stable play, and season pass which gave continuous free content to players in addition to map bundles and extra game modes.

Battlefield: Hardline was released in 2015 in an attempt to capitalise on the success and impending re-release of Grand Theft Auto 5 on next gen consoles. Straying from the battlefield, Hardline was set in the inner city as a battle between cops and robbers but despite solid gameplay it didn’t live up to GTA and failed to attract Battlefield players.

A sequel, Battlefield 1, was released last year in heated competition with Call of Duty: Infinite Warfare but the World War 1 setting of the game hasn’t succeeded in totally replacing 4 as some players stick to the modern setting.