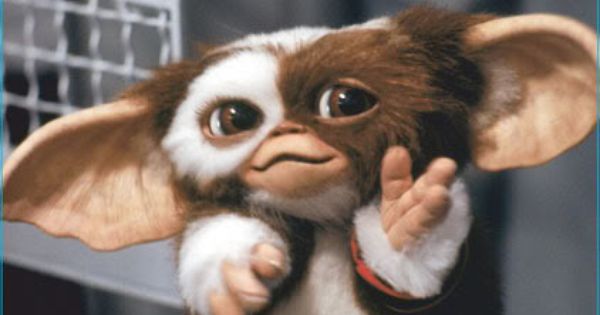 Midori Kaeru takes a look at puppets that were more human than some humans.
Puppets! Before humans had ever invented socks that we could misuse by sticking them on our hands, puppets have been a source of entertainment. From a couple of sticks and some leaves it has evolved into ventriloquist acts, Punch & Judy shows and of course cherished media favourites like The Muppets. As such most of us probably have a puppet in mind we associate with childhood and fond memories. None of us that ever saw human ventriloquist dummies though, they are just plain terrifying.

So, today I thought I’d remind you of some of the most adorable and amazing pieces of puppet history that we would never want to replace with CGI.

Now, I decided to exclude puppets that are supposed to be puppets within the media they are in, if you forgot they were puppets, you weren’t paying much attention were you? As much as it pains me, that also leaves out the super sweet and fantastic scene from Leon and his oven mitt pig and my childhood favourite Edd the duck. I know, the world is unfair!

Jim Henson’s work was a massive step forward and innovation in puppets and though his puppets may have started relatively simple, he has inspired The Jim Henson Company to do amazing things. Thanks to his team, the T.V Sci-Fi show – Farscape was brought to life with a variety of awesome creatures, taking it away from the Star Trek theme of sticking on some different eyebrows, forehead and the odd skin colour change but looking totally human otherwise and into a realm that really felt alien.

Rigel the 16th,dominar, royalty, leader of billions of Hynerians and don’t think he forgets it. This windbag of an cantankerous 600 year old small fry was overthrown by his cousin over 130 years ago but can still often be found ordering everyone around like they are his subjects, eating his body weight in food, stealing peoples stuff and moaning about doing anything that isn’t self serving.

He might not sound it but he is a great character and as much as the whole crew on Farscape want to chuck this furry fiend out of the airlock, sometimes he redeems himself and we see that he’s not quite as selfish or pompous as he wants everyone to believe.

The late Jonathan Hardy brought his character to life with his voice acting which is so perfect for the character, apparently the voice was just Hardy’s own but he manages to make a character with all the traits of Jar Jar Binks endearing and lovable. The puppet is so expressive and though it has some limitations, you try hefting your Hynerian hiney walking on those tiny legs, that they did with CGI, it doesn’t make him any less believable for me.

Who can forget this adorable ball of fluff?

The Gremlins in the self titled movie were awesome and you couldn’t help but root for their mayhem as everything in their path turned to rubble and chaos. On the other side of the coin though, there was Gizmo, a gorgeous little puppet whose giant ears, brown and white fluffy exterior and big brown puppy dog eyes couldn’t fail to melt your frosty heart.

Not much is known about the Mogwai race without going into books, basing our knowledge on the movie alone this poor little fellow ends up in a junk shop in China town hanging out with a kindly old gentlemen by the name of Mr. Wing. Maybe he owed the Chinese Mafia after a poker game gone wrong and was hiding out, maybe he wasn’t in much of a rush to get back to his home world, if one exists, because he was a crime lord there, either way, in this film the only crime he commits is criminal cuteness, and maybe some defacing of public property, not that it was his fault!

As heart warming as the little guy is he also has some great design and with his 3 fingered bald hands and toes and his detailed ears complete with tiny veins, he is very believable as a real creature, similar to some small monkeys and lemurs. Not too surprising then that they first tried a prosthetic head on an actual monkey to create Gizmo…no actually..that is surprising.

It’s not just me that’s hoping they discover a real creature like Giz soon is it? Ultimate destruction if fed after midnight isn’t 100% necessary but I’m sure if a species of Mogwai exist all the cool kids in town will be doing it. With all that AND a great chance at a win on Britain’s got talent with his singing, provided by the surprising Howie Mandel who was suggested by the voice acting master himself; Frank Welker, it’s the icing on the cake on one of my favourite puppets!

Johnny 5 is alive! In the 1986 film Short Circuit, you can really believe it too. When poor number 5 of a series of robots gets struck by lightning, he is as innocent as the day he was made, wondering when, how, and why he and the world that surrounds him, is made.

With the help of the wonderful voice of Tim Blaney, he is imbued with a childlike innocence and charm you can’t help but fall in love with. Learning about life, through his eyes, is lovely and I think a lot of us wish we could look on things the same way again in our lives. In this film Johnny is not just a robot but truly a believable living being with so much expression, both in his puppet and in his voice. It’s not hard to feel empathy for his character and considering his personality is in the guise of a robot, and not a fluffy mammal or other naturally cute creature, it’s a great feat.

His design, the brain child of Syd Mead of Tron & Bladerunner fame, is also very believable and the fact that he doesn’t have legs really adds to this and brings him beyond the average guy in a suit.

Alien. A more generic name for a movie couldn’t possibly be made for a sifi movie and yet the movie is so iconic and memorable. As much as we all like to remember Sigorney Weaver in…well, not a lot, and that in itself is cause for a while…to…reflect…on this movie, surprisingly that isn’t its most memorable feature. Instead it’s the atmosphere, characters, and most of all, the aliens!

I’m sure that if you’re a fan, you’ve heard everything there is to know about the facehugger, chest burster and Xenomorph designs and there’s certainly nothing I could write that would add any new information to that but seriously, the puppets are amazing. Now I am a 90’s kid so CGI is nothing new to me, I grew up watching a lot of characters that didn’t exist anywhere but on a computer. When I saw the facehugger in this movie though, I was blown away…and I still am. The chest burster has dated a bit, though I would say that was more due to its movement than the actual puppet quality, the facehugger though, phenomenal, and I still think it looks as real and as up to date as the day the movie was made.

The design is very logical and was thought out in every way, the tail that wraps around the victim, the horrible spiderlike fingers with sharp nails that bury themselves into your flesh, the horrifying suffocation of it impregnating someone with its erm…lady? parts, that’s all pretty damn terrifying if you ask me. Though unlike my other picks, the focus is not on the puppet being expressive, that really helps; as the closer to having eyes and other features we recognise as usual, the less fear of the unknown we have. That is why the facehugger is my top pick for a creature so well done, I almost forgot it was a puppet.

Thanks for reading, what is your favourite puppet in a show or movie? Do you agree with my picks? Tell us below!