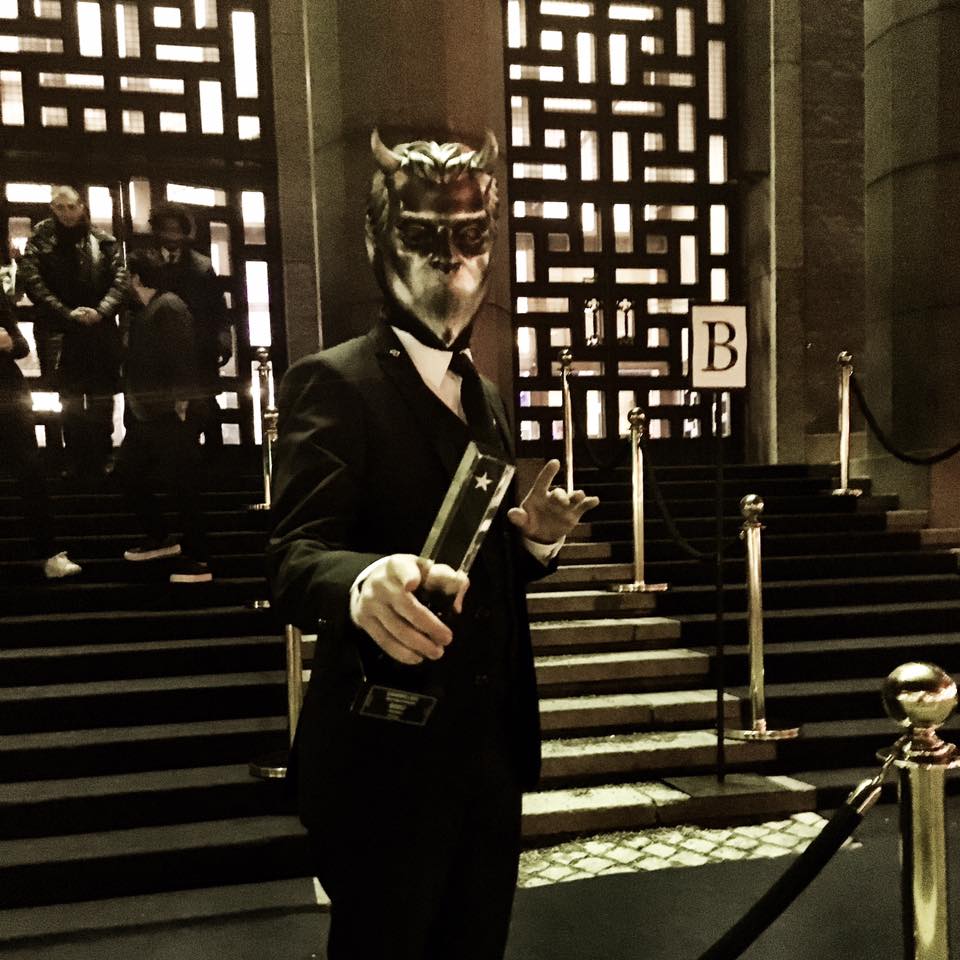 Ghost have won their third Swedish Grammi award for Best Hard Rock/Metal with their Popestar EP beating out challengers In Flames, Dark Tranquillity, Cult of Luna & Julie Christmas and Amaranthe.

Ghost were nominated in 2011 for Opus Enonymous, won in 2014 for Infestissumam, 2016 for Meliora and now 2017 for Popestar. Last year the band also performed He Is live at the event.

The Popestar EP was released in September featuring one new original song, Square Hammer, along with four cover songs –

Popestar is the first EP to ever reach the number 1 position on the Billboard Top Rock Albums chart and did so on it’s debut, selling over 21,000 on it’s first week of release. Square Hammer was written at the end of the Meliora sessions but its sound didn’t fit the concept of the album so was held back; an understandable decision as it is a departure from Ghost’s usual sound.

This is the first time that only one person has appeared at the Grammis representing Ghost which further fuels rumours that the man behind the Papa Emeritus identity may have fired the rest of the band. However, with the identities of the band becoming public knowledge it is more likely that the ‘firing’ was a ruse to try and throw fans and journalists off.