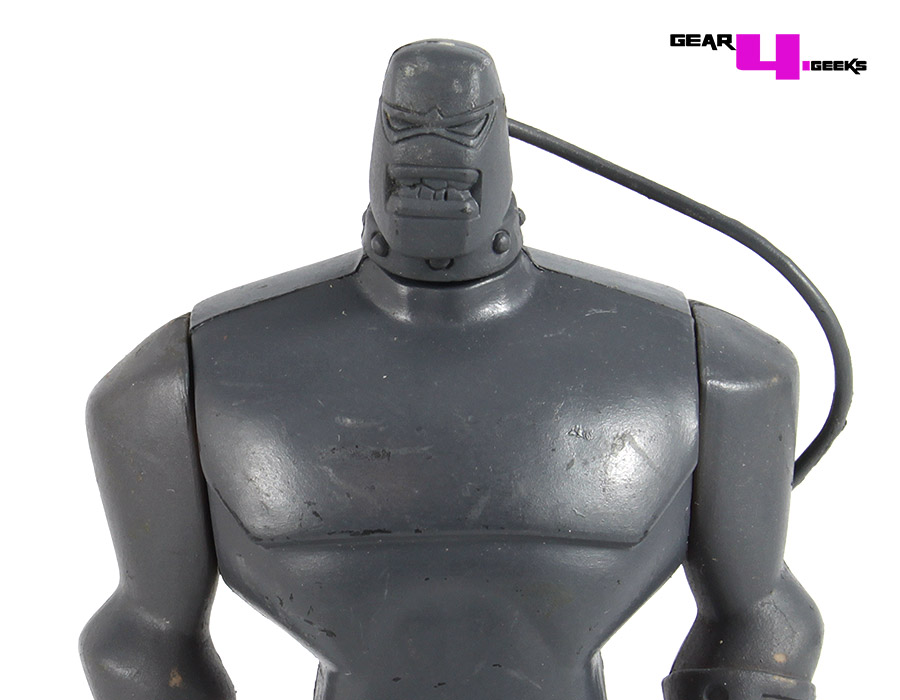 This all grey Justice League Bane prototype is a little unusual.

You may recognise this chap as being Bane from the Justice League Unlimited series which normally would look more like this:

This grey Bane prototype was something I snagged on Ebay from a Chinese seller who has a lot of prototypes and test shots for sale as it was pretty cheap. I don’t collect DC figures but I do like  interesting figures, the seller’s products seemed to be legit and the price was right so I took a punt and when the figure arrived I wasn’t disappointed.

As you can see by the first two pictures this prototype Bane is in that beautiful clay grey colour that prototypes are often seen in when they appear in magazine shots and press release pictures. The scratches on the chest and the broken hose on the back of the head all added to its authenticity so all looked good to me until I moved the arm.

Now I own a few prototypes and this wasn’t something I’d seen before – the figure has been pretty clearly painted grey rather than being molded in grey plastic which made my heart sink a bit as I suddenly imagined a guy in China spraying figures to sell to gullible Ebayers. I knew it may not be a legit prototype and it wasn’t like I’d spent a lot on it but it was still a disappointment. However, I was sure there was a reason why a figure would be sprayed and luckily Paul Hitchens of The Spacebridge was around to tell me exactly how figures like this come about.

When figures are being patented they have to be in a solid grey colour so it’s often cheaper to produce the figure in the correct plastics but rather than it being painted in the correct colours it is hand sprayed grey. This would also be done for figures with instruction booklets and sticker sheets to give a more bold appearance, especially if the booklet were black and white.

So it seems that this Bane is actually a prototype just not of a sort that I’d seen before. It’s nice when a hobby can still throw something unique at you after 20 years!