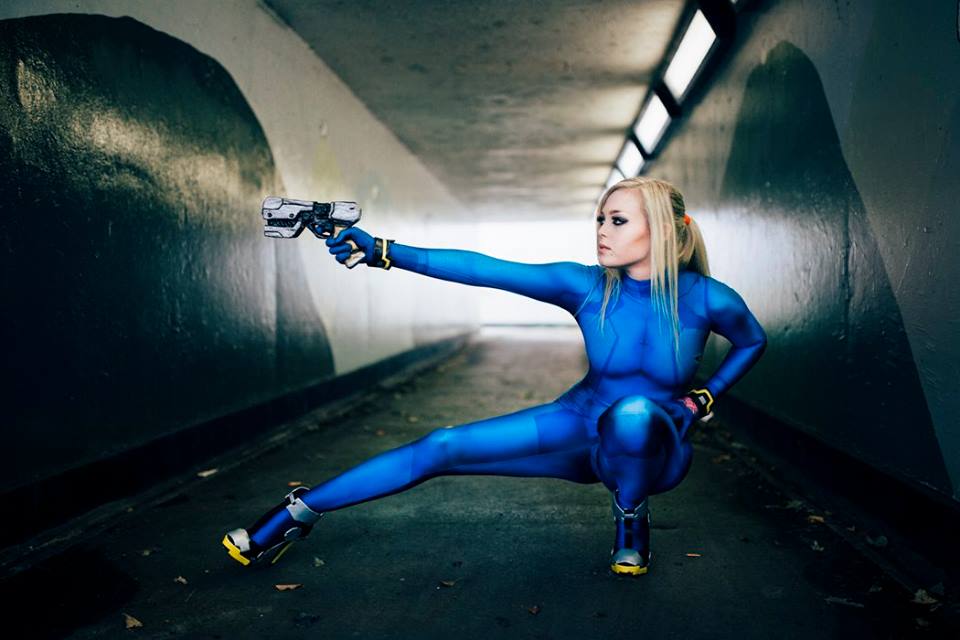 How did you get into cosplay?

I’ve always been into video games and comics, attending my first Con at a young age, I saw a few people cosplaying some characters from a TV show and was hooked since.

Can you talk us through your outfits?

I can but it’s pretty lengthy haha! I have cosplayed a few characters such as Poison Ivy, Black Cat, Tyrande Whisperwind, Samus Aran, Nidalee …the list goes on and on!

Which is your favourite?

It always changes I love cosplaying Zero Suit Samus as it’s really comfy and she’s a great character, also Black Cat because everyone knows her and some people find it really nostalgic to see it!

Do you make everything from scratch or do you find existing costumes to modify where possible?

Some I’ve made from scratch others I’ve bought things and made accessories for.

Is it daunting to appear at conventions in costume, especially revealing or skin tight outfits?

Not really, I’ve gotten used to it but sometimes you feel a little conscious when you are in a cosplay that is a little revealing.

What’s the best reaction you’ve had?

The best reaction I’ve had has got to be when I was cosplaying Dark Magician Girl from Yugioh. She isn’t as well known as some other characters and I had a guy come up to me saying he was so happy to see someone cosplay her and it had made his con. That really touched my heart!

Are people surprised when they find out about your geeky side?

Some people are yes and I’m excited if I find out about theirs!

Are there any cosplayers who inspire you? If so, who?

Definitely Alyson Tabbitha. She is a fantastic cosplayer. But anyone who cosplays inspires me because it beings me joy seeing other people expression their passion for nerdy stuff!

What is your favourite all time game, movie, TV series and band?

My favourite game is absolutely World of Warcraft. Or generally anything my Bizzard haha. I haven’t got a favourite movie as it’s so hard to choose but I love the Pirates of the Caribbean movies. My favourite TV series is Family Guy and my favourite band is Iron Maiden.

If you could have one superpower what would it be?

If I had one superpower it would be to breathe under water because who doesn’t want to be a mermaid?!

What advice would you give to someone looking to get into cosplaying?

I’d definitely say just do what you want! Don’t care about what anyone else thinks! Cosplay is about fun.

Anything you’d like to say to your fans and readers?

I’d love to thank them all for the support and help they have given me! I appreciate it so much and it motivates me more and more every day!