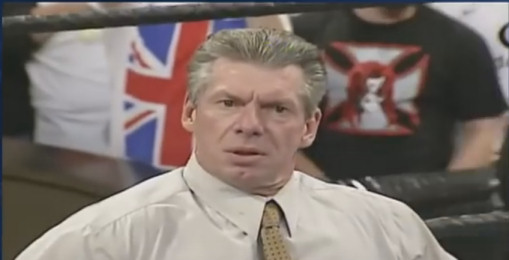 Three behind the scenes stories from Royal Rumble history.

WWE’s Royal Rumble 2017 seemed to disappoint many fans but the Royal Rumble has always traditionally been pretty exciting and has generated some weird behind the scenes events.

The NWO was white hot in WCW and the WWF was incredibly thin on talent so the Royal Rumble was padded out with surprise appearances by Terry Funk and Jerry Lawler while 4 stars from Mexican promotion AAA were drafted in to make up the numbers. The Rumble featured a large number of wrestlers who were a year away from greatness like a young Rocky Maivia,  The Sultan (later Rikishi) and Double J Jesse Jammes (later The Road Dogg) along with the embarrassing fake Razor Ramon and fake Diesel (later known as Kane). The match is remembered for Bret Hart eliminating Steve Austin only for Austin to sneak back in and win leading to a Fatal 4 Way a month later between Austin,  Hart,  Vader and The Undertaker.

However, it’s also worth remembering for Mil Mascaras. Mascaras is a legend in Mexico and the only thing more legendary than him is his ego.  While Mascaras received a warm reception from the Texas crowd,  most watching at home would have been largely unfamiliar with him.  Mascaras felt that being eliminated by Steve Austin was beneath him so when the time came for his elimination, he leaped from the top rope to the floor onto 2 of his AAA colleagues thereby eliminating himself.  While Mascaras felt this was more fitting for a man of his status,  he probably hadn’t appreciated that most viewers would remember him during his Hall of Fame induction as that idiot who eliminated himself from the Royal Rumble.

In 1994 the WWF pulled a unique finish to the end if the Rumble as the last 2 men,  Bret Hart and Lex Luger simultaneously eliminated each other leading to the only draw in Royal Rumble history. Both men would receive a title shot against World Champion Yokozuna at Wrestlemania with Hart emerging as the new champion.

In 2005, the WWE again found themselves with a draw in the main event but totally by accident as John Cena and Batista messed up the final spot resulting in both of them falling out if the ring.  Batista had been scheduled to win but replays showed that technically Cena had won as one of his feet hit the floor after Batista’s but only by a split second.

As referee John Doan raised Batista’s hand as planned,  word came from the back for one of the Smackdown referees to raise Cena’s arm.  The referees at ringside (John Doan,  Charles Robinson,  Jimmy Korderas and Chad Patton) did a great job of covering and playing for time as they argued over the winner with the referees siding with the wrestler from their brand of either Raw or Smackdown while in the back,  people desperately tried to find Raw and Smackdown mangers Eric Bischoff and Teddy Long to send out to the fray.

With no sign of the onscreen managers, an incensed Vince McMahon ran to the ring but as he slid into the ring he hit his thigh on the ring apron tearing his right quad tendon.  While Vince sat on the mat injured,  Cena,  Batista and the refs continued to play for time to allow Vince to recover leading to a strange yet memorable image of everyone arguing in front of a visibly stunned Vince who sat on the mat in front of the ropes.  The match was restarted and after an AA attempt,  Batista hit the Batista Bomb and ejected Cena to win.  Vince insisted on walking backstage resulting in tearing his other quad and undergoing surgery on both legs.

In 2011 CM Punk cut the mother of all promos at the end of Raw as he launched into a worked shoot about how his contract was coming to an end,  how he was tired of the backstage politics, of being held down and how he looked forward to leaving the company.  Name checking the at the time persona non grata of WWE,  Paul Heyman,  along with other pariah,  Brock Lesnar,  Punk claimed he would beat Cena for the title then go and defend it in Ring of Honor or New Japan Pro Wrestling while referring to Hulk Hogan and The Rock as being mega stars because they kissed Vince McMahon’s ass.  Punk would continue his rants over coming weeks about how WWE had released talented wrestlers (whom he named) and demand changes to the creative process.

Punk was legitimately about to leave but ended up staying after creative changes were promised,  but within a few months things went back to the way they were as if nothing had happened.

Fast forward to Royal Rumble 2014.  CM Punk had come off an incredibly long title reign in 2013 which had ended when part timer The Rock had returned to main event Wrestlemania,  while Punk had ended up being fed to The Undertaker’s Wrestlemania streak. With Batista returning for the Rumble and Wrestlemania to capitalise on his appearance in the blockbuster movie Guardians of the Galaxy, Punk could see his dream of main eventing Wrestlemania was never going to happen.  Physically beaten up from a brutal series with Brock Lesnar where Punk had needed stitches for cuts 2 weeks in a row, his left knee requiring weekly treatment, a mystery virus that he couldn’t shake and a baseball sized mass in his lower back,  Punk was physically and mentally broken. Even before the match started Punk did not look like a well man.

Before heading to the ring Punk offered to help Rusev by selling in a big way for him,  telling the newcomer that he needed to make a big impact and as the highest profile wrestler who’d be in the ring,  Punk was willing to take a beating to make the Bulgarian look like a badass.  Punk entered at number 1 and was to make it to the final 3, a task made infinitely harder when Kofi Kingston legitimately nailed Punk with Trouble in Paradise and gave him a concussion.

The next night,  frustrated at the creative direction of the company as Punk was looking at losing to Triple H at Wrestlemania while long time friend Daniel Bryan wasn’t going to be prominently featured despite being the most popular wrestler on the roster,  Punk quit. The split was amicable enough and everything seemed well as Daniel Bryan was hastily written into the Wrestlemania main event.

Then the shots started.  On Raw a reference was made to how another wrestler could have been in Bryan’s position but had now lost out because they quit.  Then WWE sent Punk his official termination notice on June 14th – his wedding day.  In November Punk appeared on Colt Cabana’s podcast to finally speak out on why he’d quit but also claimed that WWE’s doctor had misdiagnosed the lump on Punk’s back as being a fatty mass and had refused to remove it.  Upon getting it checked by a doctor at his wife’s insistence,  Punk claimed he was told he had a severe staph infection and was lucky to be alive after enduring an agonising drainage procedure.

WWE fired back with statements claiming that Punk had never asked their doctor for advice on a growth and started a lawsuit against him.  Punk had claimed that the baseball sized infection was on his lower back right below the level of his trunks resulting in WWE releasing a video with no audio compiling clips of Punk from the Royal Rumble with slow motion zoom ins on his lower back and ass.  The aim of the video was to apparently prove that there was no baseball sized growth there but Punk retaliated claiming that the mass wasn’t all protruding from his body and by showing the surgery scar during an interview with Opie Radio.

The lawsuit is still ongoing,  meanwhile CM Punk made his unsuccessful début for UFC in 2016 but his very last wrestling match is still remembered for gratuitous close ups of his ass and the numerous parody videos that followed like this one.

1 thought on “Three of the Strangest Royal Rumble Stories Ever”