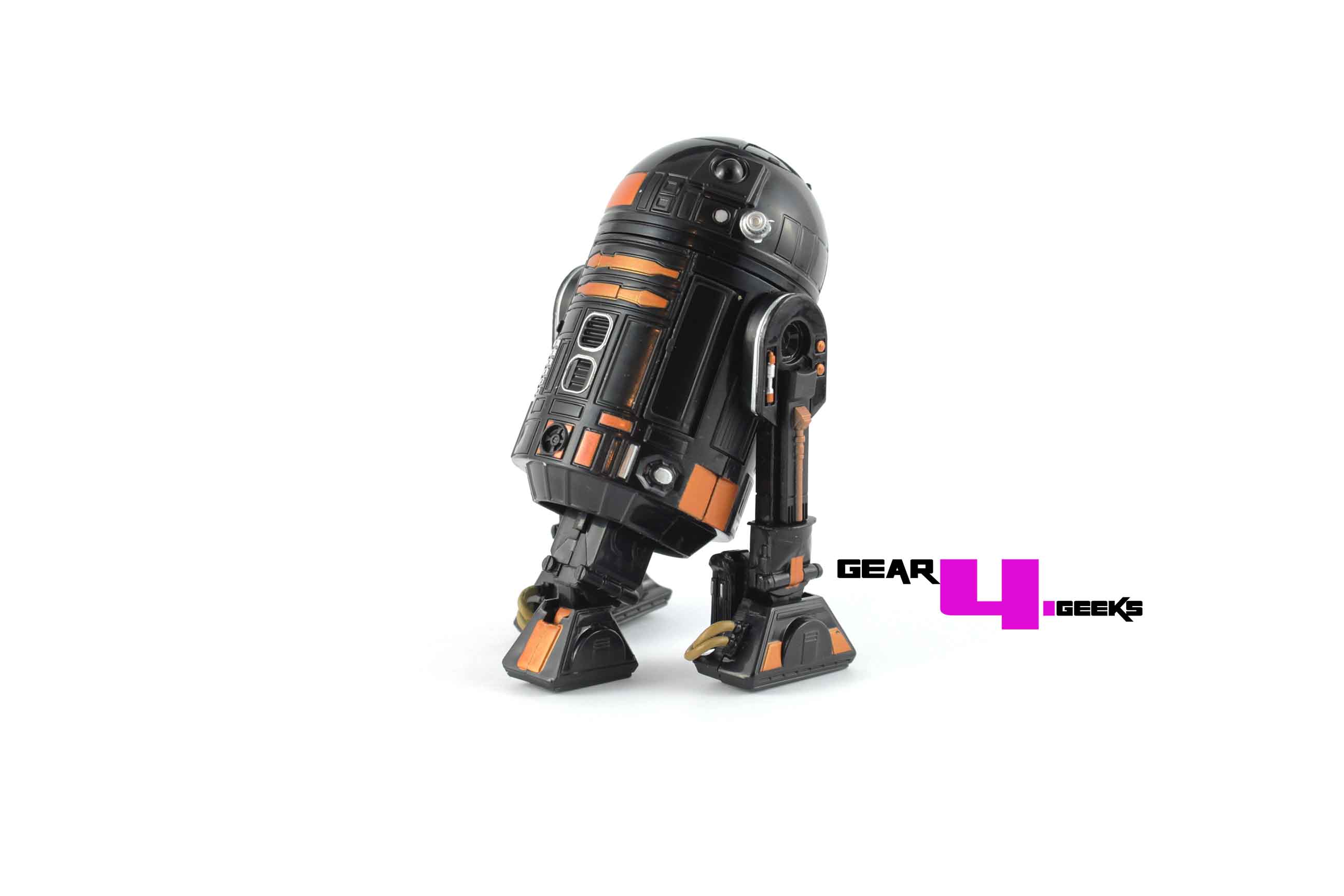 R2-Q5: Entrusted with the secrets of the Emperor himself, this Imperial R2 unit once thwarted a plot to turn every droid aboard the second Death Star against the Empire.

We thought we’d kick off our reviews of the Star Wars 6″ Black Series with a figure that was only available in the 4 figure Imperial Forces giftset which was an Entertainment Earth exclusive. The giftset was announced as part of the Force Friday celebrations on 4th September 2015 to hype the upcoming release of Star Wars Episode VII The Force Awakens and was released in late November through Entertainment Earth’s own website and also through retailers who held wholesale accounts. In the UK it was meant to be exclusive to Forbidden Planet and small stores who imported from EE but was also made available to Zavvi.

R2-Q5 is an Imperial Astromech that is seen briefly in Return of the Jedi while the figure is a repaint of 2013’s R2-D2 release minus the extra attachments that figure had. The removable hatches on the dome are still present and not glued into place despite there being no sensors to attach to the figure but does still have the computer interface arm and the claw arms in the body. R2-Q5 has the same third leg feature where turning the dome in one direction lowers the leg and turning it back will retract it.

The figure is a beautiful repaint but suffers the same criticism as the R2-D2 figure – both figures are too small to be in scale with the rest of the 6″ Star Wars Black Series figures as you can see below.

Back to Star Wars Black 6″ Series