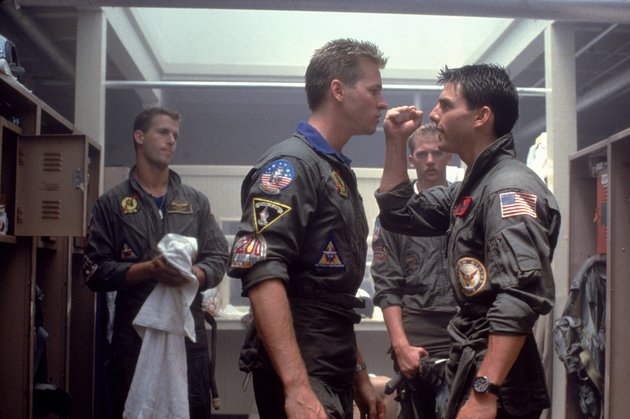 2016 has been pretty bollocks really, so we jump in our DeLorean to go back 30 years to the much better 19862016 has not been the best of years, personally 2016 has been one of the worst of my life so it’s time to look at happier times and what was happening in 1986!

1986 was mainly about 2 franchises – Transformers and My Little Pony as both released movies that year making the toys the top of kids’ wish lists. The other main series aimed at girls were:

Girls were introduced to Jem in 1986 but the toy line ended in 1987 due to a lack of characters to release while Care Bears were still doing well with the addition of Care Bear Cousins but would gradually peter out over the next two years.

Boys had a much larger range including Chuck Norris action figures. The 80’s and early 90’s were odd for taking movies that kids weren’t old enough to see and making toys from them, such as Chuck Norris, Robocop, Aliens and Terminator.  Also available were:

Thundercats had debuted in 1985 and released all the major characters so the 1986 figures were generally pretty lame, resulting in 1987 being the last year of toys. Robotix suffered from the toys bearing no resemblance to their cartoon versions and by 1987 had disappeared. Zoids were on their last legs and the UK comic was increasingly weird thanks to Grant Morrison taking over as the writer. Likewise MASK was struggling as the cartoon ended and the next two years of toys had little impact. Masters of the Universe introduced the Snake Men but the brand was on a downward slide and 1987’s movie was a nail in the coffin. Lego introduce sound and lights to their Space figures.

Acclaim, Bethesda and Ubisoft are formed

Top Gun was the biggest box office movie in 1986, led to an increase of 150,000 applicants to the US Navy and catapulted Tom Cruise to mega stardom with this story of US Navy pilots contending at an elite academy to be crowned the best of the best. The strength of the film was its love story element combined with half naked ripped men appealed to women while the combat scenes appealed to men but Top Gun also became a favourite amongst the gay community for some of the innuendo in the film along with the aforementioned half naked men. The film featured all star cast including Val Kilmer, Tim Robbins, Anthony Edwards, Kelly McGillis, Tom Skerritt and Michael Ironside along with a soundtrack featuring Kenny Loggins‘ Danger Zone and Mighty Wings, and Berlin’s Take My Breath Away along with a main theme composed by Harold Faltermeyer of Beverley Hills Cop Axel F fame.

A Better Tomorrow was a film that was a huge hit when it really shouldn’t have been; Hark Sui had wanted to remake 60’s film Release of a Prisoner for years but despite having the rights was unable to do so due to constant commitments to other projects. Sui stayed on as a producer but drafted in John Woo to direct in his pace while Sui gave instructions regarding casting and story rewrites. The film was a vehicle to relaunch 70’s star Ti Lung opposite Hong Kong music star and heart-throb Leslie Cheung but the supporting actor slot was left to Woo to cast which was immediately regretted and contended by Sui, cinema owners and the studio when he cast TV actor and repeated box office flop Chow Yun-Fat. Unfortunately for Chow, every film he’d made had tanked but luckily for him there was no one else fit for the role so he ended up keeping the job. As it was suspected that the film would be a turkey there was virtually no advertising for it’s release.

A Better Tomorrow opened and instantly became Hong Kong’s biggest grossing film of all time, a record it held for years with Chow Yun-Fat being the star of the film; his iconic dust coat, sunglasses and tooth pick combination was mimicked by Hong Kong teenagers and in only a few days Alain Delon sunglasses hand sold out in every shop in Hong Kong. The film and it’s sequel (along with another Hong Kong film, Bullet in the Head) inspired Quentin Tarantino to create Reservoir Dogs and True Romance (which features ABT2 being watched on TV), Cowboy Bebop features many homages to the movie including the final showdown between Spike and Vicious but most notably was a huge inspiration on Wu Tang Clan.

Big Trouble in Little China was another film that was doomed to failure. It started out as a sequel to 1984 film The Adventures of Buckaroo Banzai then was pushed as being it’s own film but when John Carpenter turned down The Golden Child to work on Big Trouble, it was brought forward to clash with Big Trouble’s release date leading to Big Trouble filming 5 months earlier than planned to avoid 2 films about Chinese magic going head to head. The studio wanted Clint Eastwood to star in this cowboy western or Jack Nicholson but neither were available. Kurt Russell had been in a string of box office flops and offered to not be involved so his friend John Carpenter (who had worked with Russell on Escape From New York and The Thing) could cast someone else, but Carpenter was making the film out of love rather than profit so insisted Russell stay. The film was switched from being a western to modern day, the studio over-ruled Carpenter’s casting of Jackie Chan to co star and when shooting began Kurt Russell was seriously ill with flu.

20th Century Fox had no idea what to do with the film, didn’t advertise it properly and released Big Trouble right in the middle of the hype for Aliens leading to Big Trouble being a box office bomb. Following this and the studio’s constant interference Carpenter stopped working for studios and instead released his next two films independently. However, Big Trouble became hugely successful when it was released for home rental and gained a massive following, it also had two little ‘fuck you’s’ to the studio in it – the scene where Russell is given a .357 magnum with the line “here’s one for you to make you feel better, like Dirty Harry” as a reference to the studio wanting Clint Eastwood, also when Lightning is killed the lightning flashes form the shape of Chinese characters spelling out Carpenter’s name.

Transformers: The Movie was just another toy commercial disguised as a movie and was the first of several Hasbro toy products to get movies, but when the main characters were massacred to make way for a new generation of robots and toys it caused a problem. Killing off Optimus Prime resulted in upset children having to be taken out of screenings and the much more realistic violence and death in the film compared to the cartoon generated a huge number of complaints from parents. GI Joe: The Movie was waiting to be released and had to be (badly) redubbed to remove a main character’s death out of fear of another backlash. Either way, Transformers: The Movie became an iconic film and the Transformers franchise has continued on to date with the modern comics from IDW being even more graphic in killing off characters than the movie was.

Crocodile Dundee was the second highest grossing film of the year starring Paul Hogan and Linda Kozlowki‘s ass in a story of an inept outback bushman who is brought to New York.

Number 3 was the semi biographical Vietnam movie Platoon based on director Oliver Stone‘s experiences during the war. Charlie Sheen starred in this movie and also appeared in Ferris Bueller’s Day Off and The Wraith which were also released this year. Sheen wasn’t nominated for an Oscar even through co stars Tom Berenger and Willem Dafoe were. The film also featured a number of before-they-were-famous appearances including Johnny Depp, Forest Whitaker, Scrubs star John C McGinley, Entourage star Kevin Dillon, Candyman’s Tony Todd, They Live‘s Keith David and others. The scene on the movie poster of DaFoe with his arms outstretched became instantly iconic and frequently homaged.

James Cameron and Michael Biehn followed up The Terminator with Aliens starring a solid cast travelling to the planet in the first film which has now been colonised by humans unaware that it is home to an alien hive.

The Rodney Dangerfield movie Back to School made him a star and was later parodied by The Simpsons with Dangerfield appearing in another episode as the son of Mr Burns.

Jackie Chan repeatedly tried to kill himself in the stunt fest Armour of God.

Jeff Goldblum and Geena Davies introduced the horror of penises in jars to audiences in The Fly remake.

Robotech: The Movie confused the hell out of everyone as it cut two different Macross series down to a nonsensical movie that had no relation to the series that was airing on TV.

Studio Ghibli release their first film Laputa: Castle in the Sky while another anime classic Fist of the Northstar also comes out. Fist would be a hit with western audiences first due to it’s ultra violence in the wake of Akira while Laputa struggled due to being poorly dubbed into English, though it would eventually become the bigger of the two.

David Bowie‘s crotch captivated the hearts and loins of females everywhere in Labyrinth.

The classic Stand By Me was also released this year with a cast of children who would virtually all go on to fame, including Keifer Sutherland, River Phoenix, Corey Feldman and Will Wheaton. The guy with the 3-D glasses from Back to the Future was in it too.

Scatman Crothers, most famous for his role in The Shining and for providing the voice of the Autobot Jazz in Transformers dies. Shia LaBeouf, Megan Fox, Robert Pattinson and Lindsay Lohan are born.

A massive host of amazing music is released in 1986:

Metallica‘s bassist Cliff Burton is killed when the band’s tour bus overturns and Thin Lizzy frontman Phil Lynott dies from drug abuse. Prong form as do Sick of it All, Skid Row, Games Workshop thrashers Bolt Thrower and black metallers Darkthrone. Jake E Lee is fired by Ozzy Osbourne, David Lee Roth recruits Steve Vai and Billy Sheehan (later of Mr Big) for Eat ‘Em and Smile and is convinced to release a Spanish version for the Mexican market which was really not well received.

The soundtrack from Transformers: The Movie becomes a classic while Powermad release their self titled EP which would get later used on the soundtrack for Wild at Heart and Headbanger’s Ball.