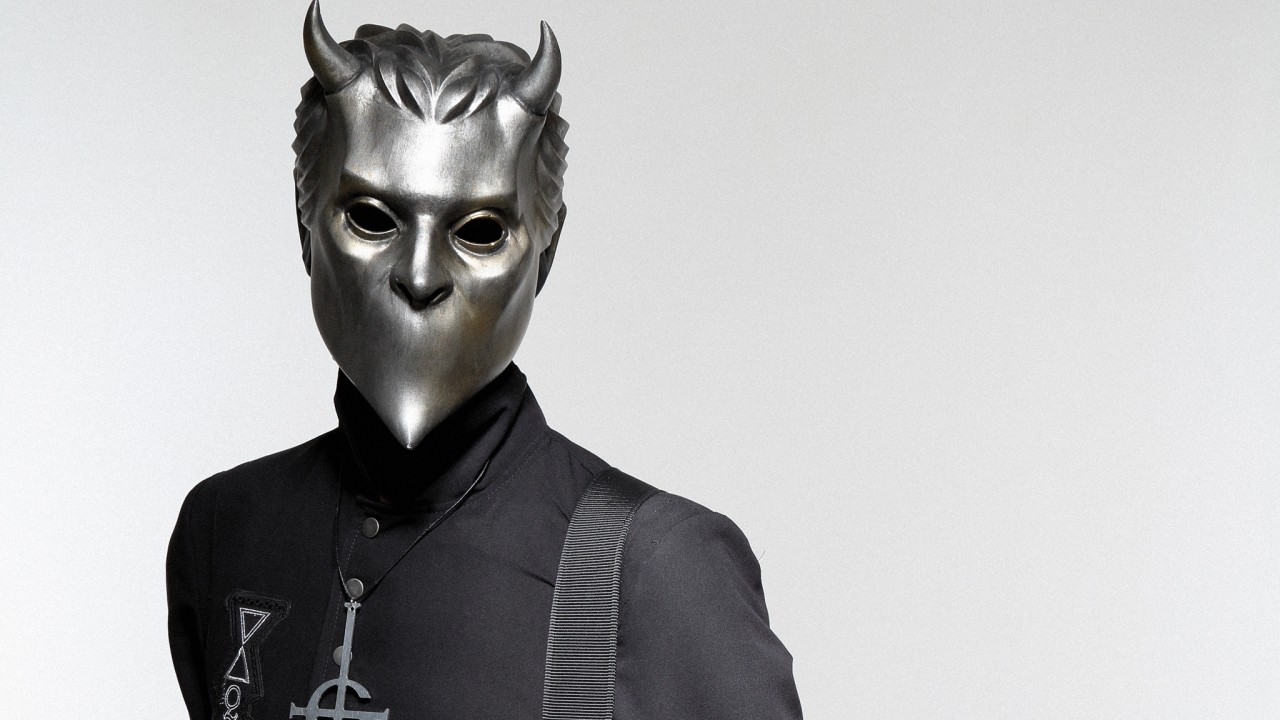 Lubbock, Texas crowd get to see Cowbell Ghoul!
Due to their anonymity, Ghost have never acknowledged line up changes in the past as their Nameless Ghouls are simply known as Fire, Water, Wind, Earth and Ether no matter who is actually behind the mask. It’s known for sure that the drummer Earth has been two different people with Dave Grohl rumoured to have also played the part at a few shows and we know that Ether (AKA Omega) left the band recently and was replaced on guitar by bassist Water who has adopted the Ether name. Ghost hit the headlines recently when they introduced a new Water who is presumably the first female Ghoul but at last night’s show in Lubbock, Texas the crowd were introduced to a 6th Ghoul during the song ‘If You Have Ghosts‘.

As seen in the video above shot by Isaac Molinar, the new Ghoul joins the band on Cowbell in a nod to the Saturday Night Live Sketch starring Will Ferrell. Isaac has christened the new Ghoul ‘Cowbell Ghoul’ with other fans suggesting ‘Fever Ghoul’ but this is presumably a one off appearance so they won’t receive an official name, and obviously it’s impossible to identify who the new Ghoul really is but it’s nice to think that perhaps it was Will Ferrell under the mask reprising his SNL role. Since the release of the Meliora album last year we’ve seen a lighter side of the Satanic group as singer Papa Emeritus III has performed guitar solos on a kazoo during acoustic sets.

All eyes are now on Ghost’s show on Halloween at Little Rock, Arkansas to see if they do something special for the night, although it’s already confirmed that attendees will receive a code to download exclusive unreleased songs. Last year on Halloween Ghost became the first hard rock/metal band to play on The Late Show with Stephen Colbert as host which was also the band’s American television début.

The earlier version of this article incorrectly stated that the gig was in San Antonio, Texas which is where they are playing tonight. Thanks go to Redditor cloudburn24 for the correction