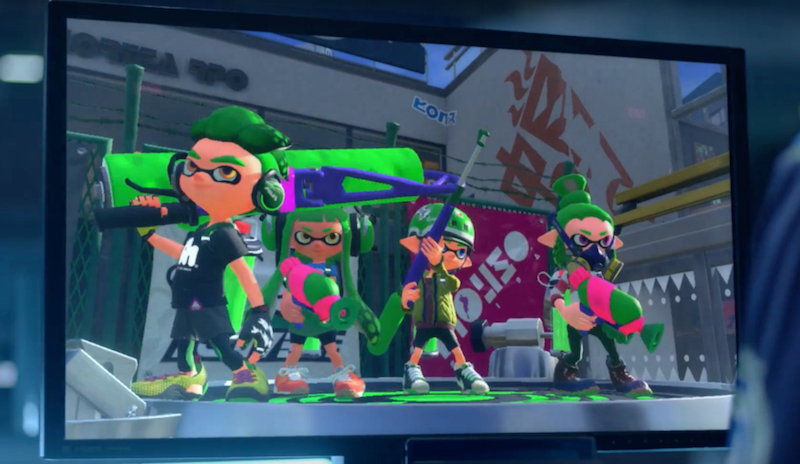 With the Nintendo Switch only a few months away, let’s take a look at some of the company’s great games from through the years!

Nintendo fans everywhere threw a party on 20th October, as the video game company’s upcoming console was finally revealed after an agonising wait. Reactions seem have been generally positive, with the Nintendo Switch looking like a versatile console that users can play at home or take on the go.

We still have a few months to go before release and in truth, much is still to be learned for the console and its software line-up. Let’s take a look back at some of the best Nintendo experiences from its video game history, picking out a top game from each generation.

So that different games are covered, only one game from a series will be featured. Let’s begin with the eighties’ Nintendo Entertainment System, more commonly known as the NES!

The NES series of Super Mario games is one of gaming’s first trilogies, and remains one of the most experimental based on how different the games are to each other. Most people – let alone gamers – are aware of the gargantuan impact that the original Super Mario Bros. had on the world, and Super Mario Bros 2 (the western version at least) suddenly changed the formula entirely.

With Super Mario Bros. 3, the developers struck a perfect balance. It introduced an overworld map, bonus games, stored power-up items, and a whole host of features that remain staples of today’s Mario games. The Super Leaf gave Mario the ability to fly, opening up a new axis of exploration that would be utilised in many future titles.

Super Mario Bros. 3 is just as groundbreaking and replayable as the original, and will undoubtedly be a popular choice for anyone getting the NES Classic Edition in November.

Rareware (now known simply as Rare) was a British developer that formed a partnership with Nintendo until the early 21st Century, and they’ve created some of the most beloved Nintendo games from that era. Donkey Kong Country was one of their first major hits.

It was one of the first games to use pre-rendered 3D graphics, and while many older 3D-rendered games haven’t stood the test of time, Donkey Kong Country’s solid platforming means it’s still fun to play. There are also a large amount of secret areas and items, so hitting 100% is an engaging challenge.

Donkey Kong Country is also one of the most atmospheric SNES games thanks to the artwork and soundtrack, the latter being provided by David Wise. Memorable tunes like Jungle Japes and Aquatic Ambience gave the game a unique vibe, and Wise has gone on to create wonderful work for the series and more.

The Nintendo 64 was one of the first consoles to make 4-player games easily accessible, and Mario Kart 64 took full advantage. It retained much of its gameplay from the SNES original but was capable of much more detail with the newer console.

The Mario Kart series has made many improvements since Mario Kart 64, but the introduction of 4-player split screen was a significant selling point. It also features some of the most iconic courses; the game’s version of Rainbow Road with its upbeat music track made an upgraded re-appearance in Mario Kart 8.

It was also one of the first games to have Toad’s voice, which I think everyone can appreciate. It introduced the Spiny Shell too. Less people probably appreciate that one.

Nobody is going to deny that Pokémon Red & Blue were a huge hit, but while they laid down the groundworks for the series they had several issues with balance and bugs. Pokémon Gold & Silver didn’t just fix most of the bugs. It established many new mechanics that are significant to this day such as breeding, held items, shiny Pokémon, roaming legendaries, and day-night cycles.

Even after several sequels Gold & Silver are still the only core games to feature post-champion badges. Thanks to the programming skills of the late Satoru Iwata, the entire Kanto region could be explored and a further eight badges could be earned. This of course leads up to a climactic battle with the original champion from Red & Blue – still one of the most epic final bosses in the franchise.

Many games struggled with the transition from 2D to 3D, and when Metroid Prime was first shown people were skeptical. The ‘Metroidvania’ style of platforming worked so well in a 2D environment; how could it possibly transition to a full 3D experience? Retro Studios ended up making a superb trilogy that started with Metroid Prime, a first-person 3D sci-fi adventure starring the famous female bounty hunter Samus Aran.

Featuring a balance of shooting action, puzzle-solving, secrets, and learning the lore of the world, Metroid Prime is a fine example of 3D adventuring done right. It’s a highly atmospheric journey in which the player can feel the loneliness as they never meet any allies. Samus is left to her own devices and can explore at her own pace, choosing whether or not to read further into the planet’s history. Kenji Yamamoto’s ambient soundtrack suits the adventure very well too.

I’d consider it an essential title for anyone who can access it – it’s also part of the Metroid Prime Trilogy for Wii – along with its sequels.

Next Level Games have made some brilliant Nintendo games in recent times, and a stand-out is the Wii instalment of Punch-Out!! Little Mac’s last game was released in 1994, so he had been out of the ring for quite a while.

He made a triumphant return along with many of the quirky characters from previous games, and a new face in Disco Kid. Punch-Out!! for the Wii is a highly challenging romp as Little Mac defeats opponents to advance through the various circuits. It’s all about quick reflexes and learning the opponent, but the game really comes into its own with the animation. Each fighter has their own unique style, attacks, poses, and telegraphed moves. It’s also nice to see each fighter speaking their native language, rather than a stereotyped accent.

Being a Wii game, Punch-Out!! naturally features motion controls but they’re not compulsory; the game can be played using a Wiimote as a controller, and that was my preferred scheme. It’s nice to have both options there, and the game is intensely difficult to beat. Nevertheless, it’s one of the most recommendable Wii games out there.

Legend of Zelda: A Link Between Worlds (3DS)

What this game has over many Zelda games is true freedom to explore. The entire map opens up to the player very early on, and Link is almost completely free to choose the order in which he will complete the dungeons. There’s also an interesting item-purchasing mechanic that punishes death by taking rented items away from the player.

The new wall-merging mechanic applies itself well in many of the game’s puzzles and secrets, along with the entertaining boss battles. While some puzzles in the 3D Zelda games can end up feeling tedious, the faster pace of A Link Between Worlds keeps those feelings at bay.

It’s all presented around a pleasant narrative that offers a few surprises, and a satisfying conclusion.

Here lies proof that Nintendo can still create new and interesting titles. Splatoon is a colourful multiplayer shooter for the Wii U, in which players take control of adorable Inklings – creatures that can transform into a squid and swim through ink of their colour.

Admittedly there is a lack of variation in the modes. Turf War is the ‘casual’ mode in which the winning team is the one that covers the most ground in their colour. Ranked Mode offers three different objective-based contests, but only one mode can be played on two of the sixteen maps every 4 hours. There’s also a story mode that plays much like a 3D Mario game, which is great fun but doesn’t last too long.

Despite this, it’s incredibly addictive and all too easy to end up playing for hours on end. The colourful aesthetic and endearing player characters help a lot. While Splatoon isn’t the only light-hearted multiplayer shooter out there, it’s certainly a different theme to other mainstream shooter games.

Splatoon has an active competitive scene in the west and an even larger one in Japan. The Nintendo Switch preview focused on this aspect in the final moments, showing a large arena filled with fans watching competitive Splatoon. Not only that, but the game footage shown was something we haven’t seen; either an entirely new Splatoon or an updated release for the Switch. It’s great to see Nintendo not only continuing to create content for their new IP – and nobody doubted this – but to also emphasise the competitive side of it. Splatoon will surely stay in the limelight for the Switch generation.

What are your favourite Nintendo games from past consoles? Any games that you’d like to see on the Nintendo Switch? Let us know in the comments!

Conor is an avid fan of gaming, music, and Nintendo. He composes music from time to time, and is also a writer for NintendoScene, which can be found here.