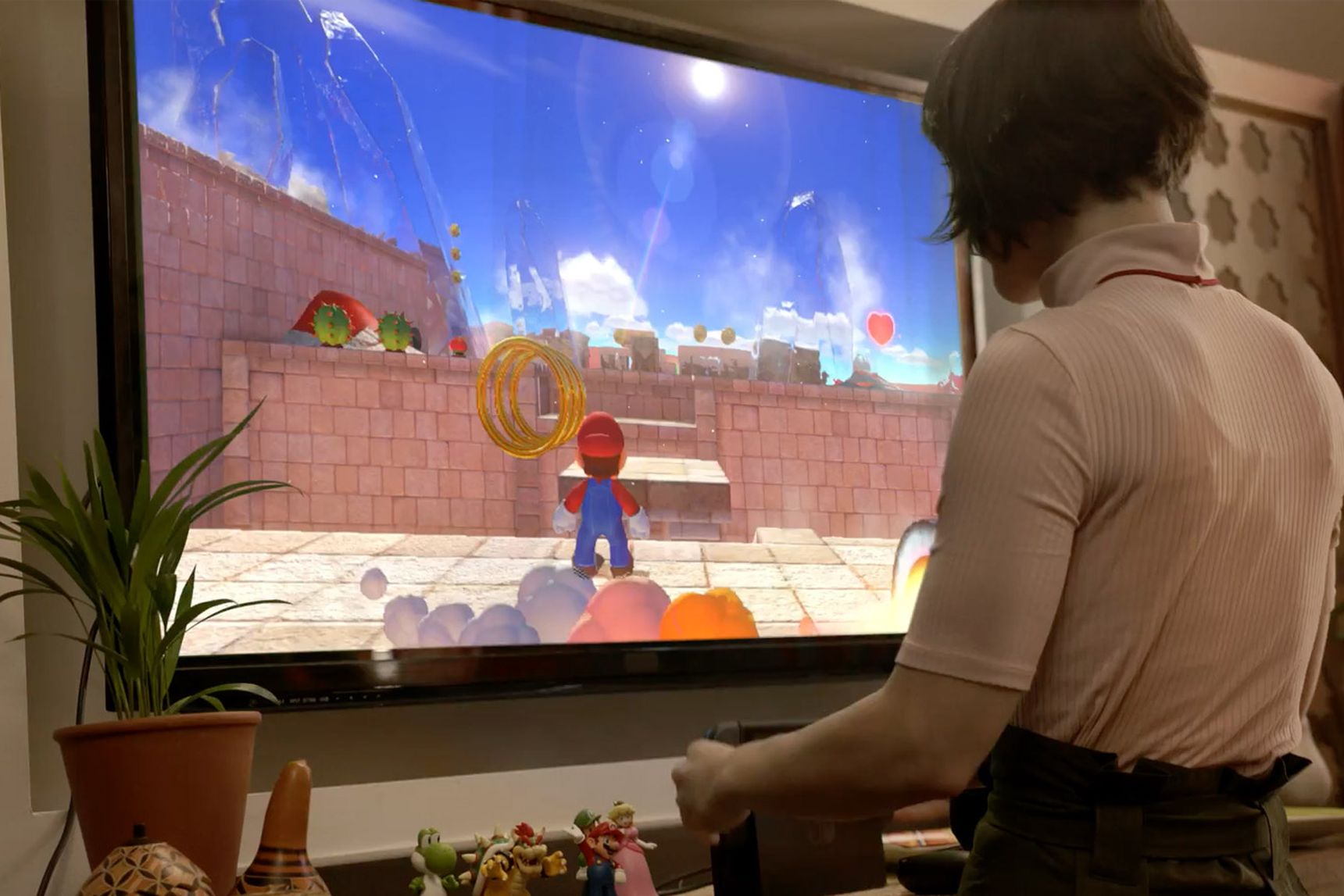 With the release of Nintendo Switch’s console trailer, there seemed to be more than just features and smiling actors shown, as one scene seems to contain footage of a new Mario game. Obviously it’s no surprise that Nintendo is planning on releasing an exclusive Mario Game for the Switch, but something in particular has got everyone at Gear4Geeks talking…

In the official trailer around 2:11 the world famous plumber is show traversing stunning new worlds, taking full advantage of NVIDIA’s new power-house GPUs. Nintendo is teaming up with NVIDIA to turbo-charge their hardware and graphics – making the Turtle Tyrant look better than ever!

You can get a clearer look at the footage below where a hero from the internet has stabilised the footage.

Someone on GAF did some image stabilization on the Mario Switch footage pic.twitter.com/IHT6dHvCAh

As fascinating as that all sounds, that’s not why we’re here or what got us talking. We’re here because we couldn’t help but notice how the gameplay and overall feel of the game resembles that of Mario 64 – Mario 64 2 to be precise! What better opportunity to announce a much anticipated sequel to one of Nintendo’s greatest games than to bundle it with their flagship console! Especially with them due to phase out the DS entirely. We don’t have any official information on this – we’re simply speculating – but Nintendo have announced a New Mario game released exclusively for their new console and that triple jump does look awfully familiar…


If you cast your minds back to Mario 64 (yes, I know it’s hard) the game offered co-op features in which a friend could play as Luigi and join Mario in some “friendly” competitive fun. So with all these new co-op features Nintendo’s console has to offer, it would be a shame for them not to release a new Mario 64 to take full advantage of them. It’s now or never guys!

We know the console is to be released Fall 2017, so it would make sense for a new Mario 64 game to also be released around this time. However, even if this turns out not to be the Mario Game we’ve all been waiting for we know one thing of sure; Nintendo has both our excitement and our coins.

Stay tuned guys and let us know what you think!