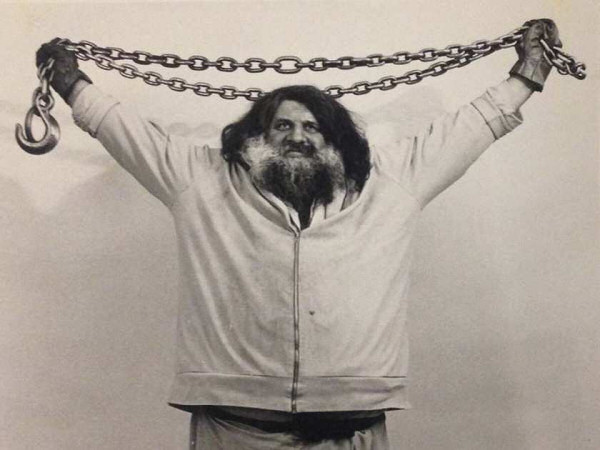 Wrestling is fixed but occasionally the competitors can get a little carried away. We continue our countdown of 5 lesser known shoot incidents, with number 4: Antonio Inoki vs The Great Antonio!

Last time we looked at the match between The Skyscrapers and The Road Warriors which broke down into a real brawl, today we go back a little further.

Antonio Inoki is one of the toughest men on the planet; trained by infamous shooter Rikidōzan, Inoki learned how to not only wrestle but was trained in a mixture of martial arts, with his style laying the foundations of MMA as we know it. After Rikidōzan’s murder Inoki was able to establish himself as a star until Japan Wrestling Association fired him in 1971 for planning a takeover of management. Undeterred, Inoki would found New Japan Pro Wrestling which would feature himself as the main draw but the ‘Catch’ style of wrestling was waning in favour of the showmanship of American pro wrestling, leading Inoki to face Muhammad Ali in an incredibly boring shoot fight in 1976 and regularly import foreign talent to lose to the locals.

On December 8th 1977 the imported talent from the West to job to the local star was The Great Antonio. To say Antonio had issues is an understatement; he had been born in Croatia but had ended up in Bagnoli Displaced Person’s Camp at the end of World War 2 which was a centre for refugees while they were sorted to be sent abroad and resettled. His mental health was deeply affected by his time in Bagnoli with what we now know to be PTSD and he became increasingly eccentric throughout his life. Antonio survived the camp and was relocated to Canada where he became a strongman and set two World Records for feats of strength going on to become a regular at Stampede Wrestling where his massive size of 6 feet 4 inches and 460+ pounds made him a perfect heel. In 1961 Antonio had been brought to Japan to face Rikidōzan but had inexplicably decided to shoot on Rikidōzan who promptly started laying into the Canadian with nasty chops before unceremoniously dumping him over the top rope for a match ending disqualification. 16 years on and people presumed that The Great Antonio had learned his lesson.

Following the introductions, Inoki and The Great Antonio circled each other with Antonio making strange bear claw type flailings towards Inoki, just as he’d done with Rikidōzan. When Inoki attempted to lock up it became immediately apparent that this match was not going to go well as wrestlers always work from the left side, but Inoki was forced to grab Antonio’s right arm. When they locked up a second time, Antonio grabbed a right handed headlock on Inoki who emerged from it looking visible angry. The third lock up lead to Antonio performing a comedy butt bump then completely no selling a drop kick before the match deteriorated into a shambles. After some stiff shots across the shoulders Inoki decided he’d had enough and connected with a hard open handed strike before taking the big man down and viciously kicking him repeatedly in the face. With Antonio virtually unconscious, Inoki continued the assault by stamping on the Canadian’s bloodied head until the match was stopped.

While Japan often had very stiff matches it was felt that Inoki only got away with this level of blatant assault as he was the promoter and no action could be taken against him.

The Great Antonio achieved some minor fame after this incident before he faded into obscurity, eventually became very troubled and believing himself to be an alien. Illiterate and destitute, he would sit in public in his hometown attempting to sell passers-by leaflets about his life and would carry around two large sacks full of clippings from his glory days. In 2003, The Great Antonio died of a heart attack aged 77.

Antonio Inoki would go on to great success including a match against Ric Flair in 1995 in front of 190,000 fans before retiring in 1998. In 2010 Inoki was inducted into the WWE Hall of Fame.