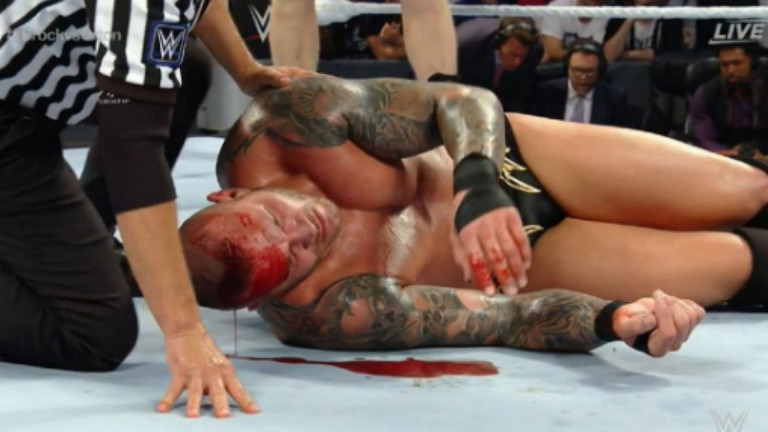 SummerSlam 2016 results as the mainstream press went totally mental for the wrong reasons.

WWE’s SummerSlam was a real mixed bag with the arguable highlight being the mainstream press believing the main event was real. Quick results then more details.

The Vaudevillains, The Ascension and Breezango vs The Hype Bros, The Usos and American Alpha
The good guys win after an Uso splash.

The Dudley Boyz vs. Sami Zayn and Neville
Sami with Helluva Kick followed by Neville’s Red Arrow on Bubba for the win.

Cesaro vs. Sheamus (Best of 7 Series: Match 1)
Sheamus wins with the Brogue Kick.

WWE Women’s Champion Sasha Banks vs Charlotte – WWE Women’s Title Match
Charlotte wins the match and the Championship with a roll up.

AJ Styles vs. John Cena
Styles wins with the forearm, after the match Cena leaves an armband in the centre of the ring.

WWE Tag Team Champions The New Day vs Luke Gallows and Karl Anderson- WWE Tag Team Title Match
Gallows and Anderson win by DQ after Big E returns and beats the hell out of them. New Day are still the champs.

Eva Marie, Alexa Bliss and Natalya vs. Carmella, Naomi and Becky Lynch
Nikki Bella returns to fill in for the suspended Eva Marie and picks up the win with her new finisher (a TKO) on Carmella.

Seth Rollins vs Finn Balor – Match to Decide the First Universal Champion
Balor comes out in demon makeup and takes the eventual with with the Coup de Grace.

WWE US Champion Rusev vs Roman Reigns
Match never starts as Rusev attacks before the bell, Roman Reigns gets the best of the brawl and leaves Rusev lying.

Brock Lesnar vs Randy Orton
Lesnar wins by stoppage after he beats Orton bloody with the ground and pound.

6 hours of wrestling, too many titles and cutting the later matches short because the show was over running pretty much sums up SummerSlam.

Sasha Banks drops the title apparently because she needs time off to recover from injuries after she’s only just come back.

Cena’s symbolic leaving an armband in the ring is a lead into presumably Cena going to find his smile or something as he’s scheduled to take more time off.

When the World Title is defended in the midcard it doesn’t reflect well on the champion or challenger. Is it a punishment for Ambrose being outspoken about frustrations with creative?

Rusev and Reigns are relegated to bathroom break which isn’t surprising for Reigns given his recent suspension but you can’t help wonder if they couldn’t have done the “challenger left lying after the champ hits them with a pipe” backstage bit to cut time, preserve Rusev and make Reigns sympathetic.

The big news of course was the finish of Lesnar/Orton where the match was stopped after Lesnar busted Orton open following elbow shots. While fans seemed to hate the end it was a great way of keeping Lesnar looking like a beast following his UFC win and it didn’t harm Orton while setting up a rematch. The match should have been longer with Orton dominating the majority but obviously the most important thing for WWE was obviously to have lots of segments centred around non-wrestlers.

The good news for WWE is that they achieved exactly what they wanted with E! and various other outlets covering the return of Nikki Bella after nearly a one year absence following her neck injury, while everyone else focused on the Lesnar angle. The mainstream press are usually negative of wrestling and quick to point out that it is “fake” so WWE must have been incredibly satisfied as various news outlets reported that the main event ended in a shoot including The Independent, The Mirror, Sporting News, MMA Weekly, MMA News and others with some speculating that Lesnar deliberately battered Orton for comments made in the press.

The finish was a great old school wrestling finish with Lesnar using the point of the elbow on Orton’s scalp to open him up in the same way that wrestlers used to punch downwards on their opponent’s foreheads to split the thin skin back in the 70s and 80s when they didn’t want to be seen blading. Orton possibly even bladed backstage then had the wound glued shut so that it could be reopened with the elbow. Lesnar continued his attack a few times while Orton was being checked over and the referee can be heard telling Orton to move when Lesnar and Shame McMahon had their showdown ready for the F5, events that wouldn’t happen considering how seriously concussions and head injuries are taken now.

We’re predicting that Lesnar will be “suspended” or “fired” before returning at Survivor Series for the return match with Orton where Orton will go over.