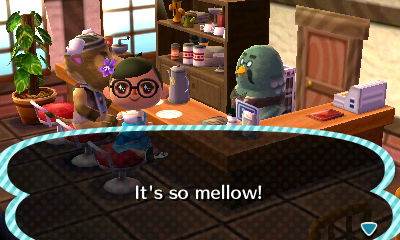 Since I was small I couldn’t get enough of video games. I had a craving for them like none other. But this wasn’t entirely down to Halo-Grunts’ heads exploding to the sound of Viva Pinata (partly was). From a young age I suffered with anxiety, having a mind as loud and constant as the horns in Transformers. I honestly thought this would be a permanent experience, a lot like my loud upstairs neighbours in my Brighton flat.

Throughout my childhood people would constantly say “read a book it’ll calm your mind”. Well Doris I don’t know if you’ve ever tried to read a book with an air horn blasting off in your head, but I can tell you it’s not the most pleasant of experiences. But like a Mario star descending in Mario Party along came video games. Hi guys.

From point go of whacking in Spyro that little purple dragon silenced my anxiety and it was that moment my 7 year old mind knew I was onto something good. But it’s unfortunately not 1996 anymore and you might be wanting a similar anxiety busting experience in 2016. So I’m going to share with you some of my favourite games in the last decade that have acted as a silencer for my AK47 mind.

Nothing says relaxation quite like sitting back, plugging in your headphones and listening to the natural sounds of 14 year old boys insulting your mother. If this hasn’t helped you achieve your inner zen, venturing into the campaign mode on veteran SURELY will.

Yes, I am joking. This game strangely didn’t make it on my list, but these did:

Oh Mumma this game. If it’s something the guys over at Gear 4 Geeks know it’s how much I love this franchise. I’d be whipping out my DS left right and centre just to get my Animal Crossing fix. I’d give this game 9.8/10 for anxiety busting – the last 0.2% deducted due to the RELENTLESS bamboo popping up all over the place. But regardless of my Bamboo plucking OCD this game had it all in terms of turning off the old washing machine mind.

One of my favourite features was the in game  music, adjusting to real world time and what kind of weather was going down in your town. Me and my insomnia especially loved the music at 4 am. Good times.

Something about managing another world filled with customisation, great music, events and characters to interact with was perfect for flushing out the day’s noise and replacing it with the sound of Resetti shouting at you. But seriously, if you’re looking for a game to get lost in this is the one. I’d just recommend you don’t have any life goals on the go before starting, as those will instantly be put on hold.

Fire Watch is one of my most recently completed games and is also a game that has stuck with me weeks after completion. Nicknamed the walking simulator, I don’t blame you if you’re not expecting the most enthralling experience, but you’d be pleasantly surprised (even tho yes, you do do a lot of “walking”).

You play as a guy named Henry who decides to become a Fire Watcher for the summer in order to escape his responsibilities and everyday life – mainly in the form of his ill wife.

You spend you nights in a wooden tower looking out across the beautifully aesthetic landscape. The only human interaction you have is with a woman named Delilah through the means of a Walkie Talkie. You spend your days exploring the in-game forest interacting with Delilah through a series of Fallout 4 choice answers; a lot of which are highly comical.

The conversations and interactions between Henry and Delilah are some of the most realistic and engrossing I’ve ever heard. It’s this element that puts the game leads ahead of other narrative-based games. There are however long period of time where you are left to your own devices with nothing but the stunning landscape and in game music to keep you company. How dreadful.

Fire Watch really is king of anxiety busting. Pictures and videos won’t cut it and personally you’d be better off going in blind without watching any reviews; tempting as it may be. You really need to experience Firewatch in its full immersive glory for yourself as other means won’t do it justice. Thank me later.

Journey, one of my all time favourite anxiety and stress busters. Nothing says zen land on zen island like a huge expanse of golden sand,  a magic scarf that makes you fly and a weird ominous mountain.

Journey goes down as one of my favourite games of all time and that’s saying something. There really isn’t much to it, Journey is literally a game about… a journey, and I wouldn’t have it any other way. As a famous quote once said “it’s not the destination that counts, it’s the journey” and they must’ve been a wizard or time traveler as they were right.

Who knew a game in which you walk across a desert towards a mountain could be so relaxing. In real life that’s what I’d call a full on nightmare, but I guess that’s why I like video games so much and not outside.

A major factor that adds to Journey’s zen factor is its story – narrated by the environment itself through the means of ruins, wall paintings and ambiguous cut-scenes at the end of each chapter.

The absence of speech really adds to the mystery and tranquility of the game (as no one ever really enjoyed the sound of Cortana’s outside voice). But what we did enjoy is Journey’s stunning music – an element that really pulled the whole game together into a giant hold-my-beer- it’s-time-to-relax package.

Even though it’s a game about getting from point A to B Journey has some serious replay value, having gone back myself time and time again to re-equate myself with the stunning surroundings. Everything really comes together in a anxiety busting hamper. No wonder it won game of the year as I’d choose this game over an essential-oil massage by a firm handed stranger any day.

So there you have it! Three anxiety busting games with the potential to help you reach your maximum level of zen…ness? They’ll also put an end to your weekly yoga classes! Thus, saving you money in the long run – cheeky.