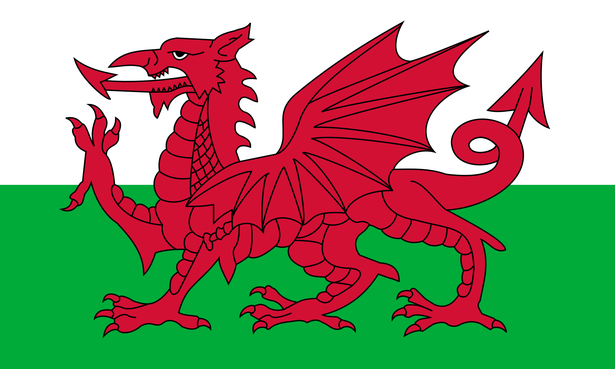 When you mention the music scene in Wales most people will think of Tom Jones, The Manic Street Preachers or the Stereophonics but the scene has always been far beyond that so we decided to look at some bands that you might not know but they had a big impact.

This isn’t intended to be a definitive list or the top 5 but a spotlight on bands we know had a big impact and maybe aren’t appreciated as much as they should be. There were a lot of other acts who we considered like John Cale, Taint, Gruff Rhys, Helen Love, Katherine Jenkins, Della Jones, 33, The Groundnuts & Independents, Man, SEX and many others.

Formed in 1991 by brothers Tim and Phil Allen with friends Puc and Rob, Ooze were a commodity that was hard to label. Years before Rob Zombie was designing White Zombie’s serial killer inspired inner sleeves and sampling obscure films, Ooze were doing it. That Tom Morello killswitch sound that Rage Against the Machine are famous for? Guitarist Puc had developed that sound too but instead of using a killswitch would use the corner protectors of an amp to tap the strings while generating feedback. Their songs were melodic, catchy and radio friendly but under the sweet sound were love songs about necrophilia mixed with samples often taken from obscure movies and documentaries. The influence of Faith No More could be easily heard in their music but they’d taken FNM’s sound and pushed it further into a more commercial yet more disturbing entity, a sound very very similar to the LostProphets but ten years earlier.

While they played the mandatory local pub scene, Ooze knew that to be the next big thing they had to push the boundaries, primarily gigging around London where audiences were more receptive to a band who were cutting edge. Music labels took note of them very quickly and courted the band as they supported a diverse variety of bands like the Anti Nowhere League and Ned’s Atomic Dustbin or headlined over bands like Catatonia or Faceache (featuring a pre ‘A’ Daniel P Carter). On the verge of signing to a major label and a full tour with Ned’s lined up along with a slot on the 1996 Phoenix Festival, Ooze imploded from the pressure that was on them. Ooze’s misfortune was Catatonia’s gain as Cerys Matthews and crew signed the big contract, played Phoenix and went on to a number one three hit with Mulder and Scully and hit number five with follow up Road Rage.

Gorky’s are possibly the most well known on this list as they got into the top 75 single’s chart a few times and some mainstream exposure thanks to the late John Peel but they never really grew beyond their cult following. Their biggest single release got to number 41 in the chart with their highest album chart position being 46 and they hold the current record for most singles released that broke the top 75 without breaking the top 40 (8). The band were fairly unique in that some of their songs were in English while some were in Welsh so when John Peel started giving them airplay on Radio 1 it was more than a little unusual to hear Welsh language songs on the UK’s primary radio station. Gorky’s inspired other Welsh language acts and their psychedelic folk rock still has a massive cult following 10 years after their split.

Public Disturbance were a hardcore band who were a part of 1995’s growing hardcore scene who released 2 demos and 2 albums before splitting up. Unfortunately for PD, the reputation of their drummer, Ian Watkins, preceded them wherever they went as he was known for being antagonistic and his ego didn’t make him easy to get along with. He and guitarist Mark Lewis left in 1998 to form LostProphets but PD carried on for two years before splitting in 2000. LostProphets went on to huge success with Public Disturbance becoming a footnote in their history which had it’s pros and cons as new fans discovered the band but unfortunately a lot of the attention was directed at old pictures of Watkins from his considerable female fanbase. That association would become a very unwelcome one after Ian Watkins was jailed for 33 years for attempted rape of a baby amongst other charges.

We won’t lie, Acrimony were nearly number 1 in this list. In 1991 Acrimony came together if memory serves correctly as a death metal band but very quickly switched pace to a much more laid back groove in the style of their influences Hawkwind, Black Sabbath and then up and coming but largely unknown bands Monster Magnet, Cathedral and Kyuss. Acrimony’s space rock stoner vibe was incredibly unique during a time when grunge dominated the music industry but the Swansea 5 piece forged ahead as they gained a massive following in South Wales and a very dedicated London fan base.

In 1994 they unleashed their first album Hymns to the Stone spawning the video Spaced Cat no 6 which got airplay via Headbangers Ball on MTV and the band toured in support for the next 2 years taking newcomers Orange Goblin and Iron Monkey out on support with them. In 1995 The Acid Elephant EP came out featuring a much more polished sound but with no compromises made at all, if anything it was less of a commercial release. 1997 saw them release one of the biggest and most influential stoner albums of all time – Tumuli Shroomaroom. While Hymns was an unpolished diamond in the rough and EP had been a titillating taste, Tumili truly announced Acrimony’s arrival, an Acrimony that wasn’t constrained anymore.  The balance shifted from mainly 3 minute songs to a 50/50 split of 4 minute and 9 minute plus opuses; Firedance (Dance Round the Fire) which had clocked in on the EP at over 8 minutes was now 13 minutes long which sums up the new approach.

This new unleashed Acrimony was met with positive feedback from the music media and they received glowing reviews as they toured again with Iron Monkey. Unfortunately they ended up parting ways in 1999 as they were on the verge of becoming huge and never really saw the success that should have as the scene they helped create became huge. In 2009 4 of the 5 members, Dorian, Paul, Stu and Darren reformed as Sigiriya.

It’s hard to imagine a band with such an awful name being such a big deal but Budgie pulled it off. Forming in 1967 the name was adopted deliberately to be at odds with the noisy rock they played and for the next 21 years they garnered a fair bit of success, headlining the Reading Festival in 1982 and becoming the first heavy metal band to play in Eastern Europe during the time of the Cold War and supported Ozzy Osbourne.

Admittedly that makes them fairly high profile but they top the list purely on how big their influence was. Budgie was right in the thick of, and was a huge influence on bands in, the New Wave of British Heavy Metal which included Motorhead, Iron Maiden and Def Leppard amongst others but across the pond something else was happening.

In Los Angeles an 18 year old tennis player had heard Budgie’s albums and inspired by the NWOBHM decided to abandon the sport in favour of becoming a musician. Placing an advert in The Recycler classified ads looking for bandmates, Lars Ulrich would meet James Hetfield and Metallica was born.

Budgie reformed on numerous occasions as Metallica’s covers of their songs Crash Course in Brain Surgery and Breadfan introduced a new generation to the Cardiff band.