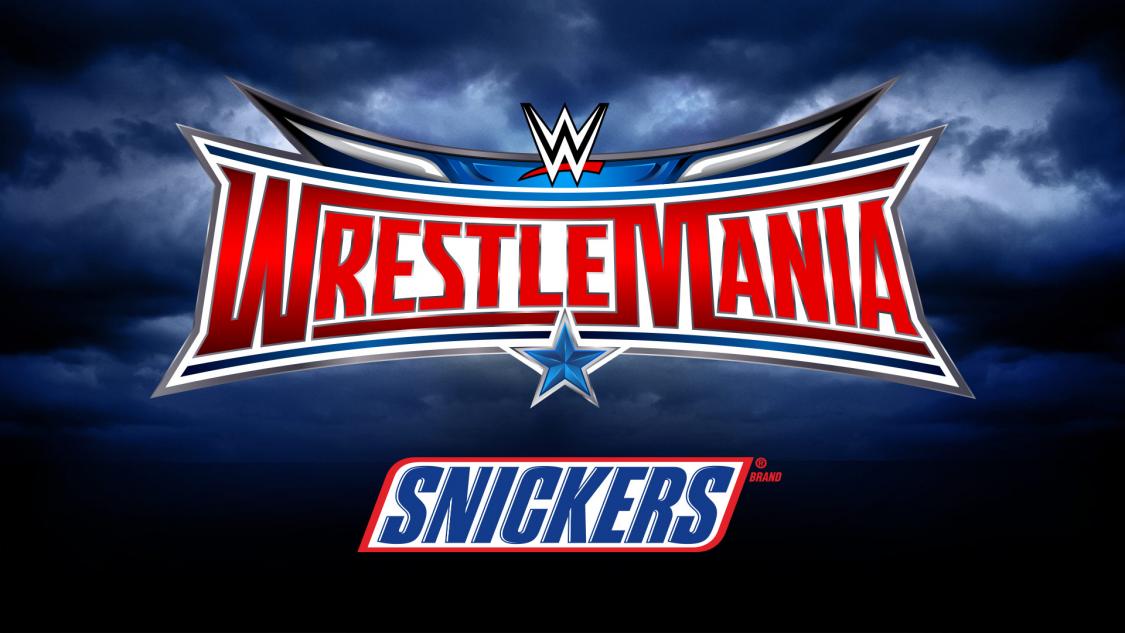 Wrestlemania 32 brief results and thoughts. What did Shane fall off? How many Legends showed up? How long was Triple H’s entrance? How many times was “vintage” said?

After the match Nikki Bella came out in a neck brace to join the celebration, the girls lift Brie. This may have been Brie Bella’s retirement match as Brie’s mother posted a message on Instagram about her daughter’s retirement.

Lita announces that the Divas Title is being renamed The Women’s Championship. Way overdue.

Dark Match: The Dudleyz v The Usos. Usos pick up the win. After the match The Dudleyz attack but end up both being put through tables by The Usos.

Wrestlemania 32 begins properly and our first match is
Intercontinental Champion Kevin Owens v Dolph Ziggler, Sami Zayn, Stardust, Sin Cara, Zack Ryder and The Miz in a ladder match.
As the wrestlers come out we get a look at the international announce teams featuring Funaki! Unbelievably this is Zack Ryder’s first Wrestlemania despite being on the main roster for 9 years. Usual entertaining stuntfest that you’d expect. Sami Zayn and Kevin Owens facing off in a ring at Wrestlemania is an amazing moment for both men. Stardust is in polka dots as a tribute to his dad Dusty Rhodes and even has a polka dot ladder. Credit where it’s due, Stardust didn’t do a huge amount in the match but he was on the receiving end of some big bumps like a Zack Ryder neckbreaker onto a ladder and then later taking a dive through a ladder from Sin Cara. Sami Zayn at one points struggles with setting up a ladder but The Miz does a great job of helping with the set up while making it look like he’s trying to stop Zayn. Zayn dives through the ladder to the outside and follows that with a tornado DDT through the turnbuckle. Owens hits a sick looking pumphandle neckbreaker. Zayn nearly kills Kevin Owens with a sick looking half and half suplex onto a ladder. Ryder overcomes the odds to win. Good start to Wrestlemania 32.

Chris Jericho v AJ Styles
The feud has gotten stale very quickly. Jericho hasn’t updated his character in 16 years and AJ isn’t a great talker but the video package does a great job of selling this. Very slow burn match with nice sequences and a beautiful slingshot 450 splash from AJ. Weird finish as the referee walks between the two men as AJ goes for the forearm, Jericho pushes the referee away and hits the Codebreaker for the win. He missed the Codebreaker but thankfully the camera angle covered it.

The camera work is a bit odd throughout the night as there are closeups where the shouldn’t be revealing a few shots that miss.

The New Day emerge from a box of Booty-Os and it’s time for our next match.

The New Day vs League of Nations 6 man tag match
Classic tag team story here with Woods isolated from his team. Rusev takes out Big E on the outside, Kofi eventually gets the tag but is taken out leaving Woods to fight alone. Nice double footed stomp by Del Rio on Kofi on the apron. Match has all the right moves but the crowd don’t seem to click with it. A Barret bullhammer from outside into a Brogue Kick from Seamus puts Woods away.

Barrett announces no 3 man team in history can beat them. Shawn Michaels comes out to a huge pop followed by Mick Foley and then the arena explodes as Steve Austin’s music hits. The three Legends decimate the League then The New Day get the legends to dance. Even Austin joins in until hitting a Stunner on Xavier

Brock Lesnar vs Dean Ambrose Street Fight
No better talker than Paul Heyman, the video package is tremendous. Typical Lesnar match with him dominating and dishing out offence, Ambrose not backing down or giving up. One sided match but the commentators did a great job of selling the story of Lesnar being a monster and Ambrose someone who won’t stay down. Lesnar wins after an F5 onto pile of chairs.

Diva Revolution video of Sasha, Charlotte, Becky Lynch. While the video is designed to set up the three way it’s a shame that the beginning of the revolution with AJ Lee and Paige doesn’t get a mention.

Diva’s Champion Charlotte v Becky Lynch v Sasha
Lynch is out first then Sasha is accompanied by Raven Felix (who performs Sasha’s entrance music) and her cousin Snopp Dogg. Charlotte out last with dad Ric Flair. Sasha is paying tribute to Eddie Guerrero with her outfit. Charlotte looks in great condition and she looks an awful lot like brother David Flair in the close up.

Nice match which needed a bit of slowing down in between spots but a monumental effort from all 3. One sequence gets scrappy as Becky Lynch works the arm but Cole’s commentary carried it through. One iffy sequence was all we got here as the ladies put on a match that was anything but the bathroom break women’s matches used to be. Charlotte’s timing on kick outs is just as good as her dad’s as she kicked out repeatedly at 2 and three quarters. Sasha is on top form with some great spots including a dive to the outside which was going to miss that she turned into a flip to make the distance. Ric Flair is taken out by a Becky Lynch suicide dive and Charlotte hits a moonsault from the corner to outside to not be outdone.

Nice work as all three trade submission holds from The Disarmer to The Banks Statement to The Figure 8 Leglock. An impressive series of corner spots ends with Charlotte beating Becky with the Figure 8 while Ric prevents Sasha from getting back into the ring.

Whoever puts together the videos should get a huge bonus after tonight, every single video at Wrestlemania 32 is amazing. Shane McMahon is built up beautifully as a credible threat.

Shane McMahon v The Undertaker Hell in a Cell
Shane comes out with his kids, who join his wife at ringside. Linda McMahon is in shot but not acknowledged.Shane has been working out hard and it shows. Undertaker makes his entrance which is impressive as always. Cole and JBL are doing a great job of putting this over even though the action is almost in slow motion. Crowd seems tired and univolved for most of the match. Undertaker’s hair makes him look like his mentor Dan Spivey’s gimmick, Waylon Mercy

An early Last Ride is wasted as no one believed it was the end. Shane with a triangle hold, Undertaker with chokeslam onto steps. Undertaker goes for Hells Gate though it seems to be a triangle hold rather than the Gogoplata, Shane reverses the hold into a Sharpshooter. Shane hits Coast to Coast but is then driven through the cell wall. Still a slow pace but the drama is building. Shane with a sleeper, Undertaker falls through the announce table to break it. Shane climbs the cage and jumps from the top of the cage missing the elbow. The camera work again spoils this as we’re shown the giant inflatable under the announce table. Taker rolls Shane back into the ring for The Tombstone and the victory.

The Dallas Cowboys Cheerleaders perform to AC/DC’s Thunderstruck, The Rock returns with a flamethrower and sets fire to a huge sign of his name. Rock’s promo gets cut short by The Wyatt Family (minus the injured Luke Harper), Bray is wearing an apron that looks like it’s made of skinned faces. As usual Rock no sells Bray’s promo and laughs it off. Rock vs Erick Rowan. Rock pins Rowan in 6 seconds. Wyatts surround The Rock and Cena return to make the save. Wyatt is supposedly set for a big push in the coming months.

Wrestlemania 32 Main Event: World Heavyweight Champion Triple H v Roman Reigns
50 minutes to go and the Roman Reigns v Triple H montage starts. Oh dear.Triple H entrance starts with a video then Stephanie McMahon on a throne above the entrance talking nonsense. Triple H out first, Roman then out to boos. Stephanie is wearing that outfit Beyonce wore once. Huge Roman sucks chant.Story is HHH going after the surgically repaired nose while the commentators sell Reigns big time. The crowd are almost totally behind Triple H. WWE have tried everything to get Reigns over but the crowd aren’t buying it. A solid match that no one really cared about ends with Roman Reigns as Champion.

Closing Thoughts
Sadly Wrestlemania 32 was all about the Legends. The first match referenced Dusty Rhodes twice, Jericho kicks out of the Styles Clash and wins, Austin, Michaels and Foley steamrolled the League of Nations, Ric Flair trying to teach Zack Ryder to Woooo then was prominent in the Women’s match, Shane McMahon returns to face The Undertaker in a match where neither man really should be in the ring, Tatanka and DDP appear, then The Rock destroys The Wyatt family before Triple H faces off against Reigns. Legends appearances are great when done right but there were far too many and too often they were at the expense of young talent. The criticism of WWE sacrificing their stars to part timers and retired wrestlers was on the money here.

Wrestlemania 32 wasn’t as good as last year’s but the young stars did their very best and delivered a solid card despite the lack of some very big names. Zayn, Owens, The New Day, Ambrose, Charlotte, Becky Lynch and Sasha all put on incredible performances that cement them as future stars and made this a fine event overall.